Check out my new travel blog at Merry Adventures Blog!

While I was on my short term program I made an incredibly close friend called Amy. We often just went out together and chilled at cafes. When Amy suggested to check out the Banana Tree cafe, which was apparently quite famous, I almost jumped 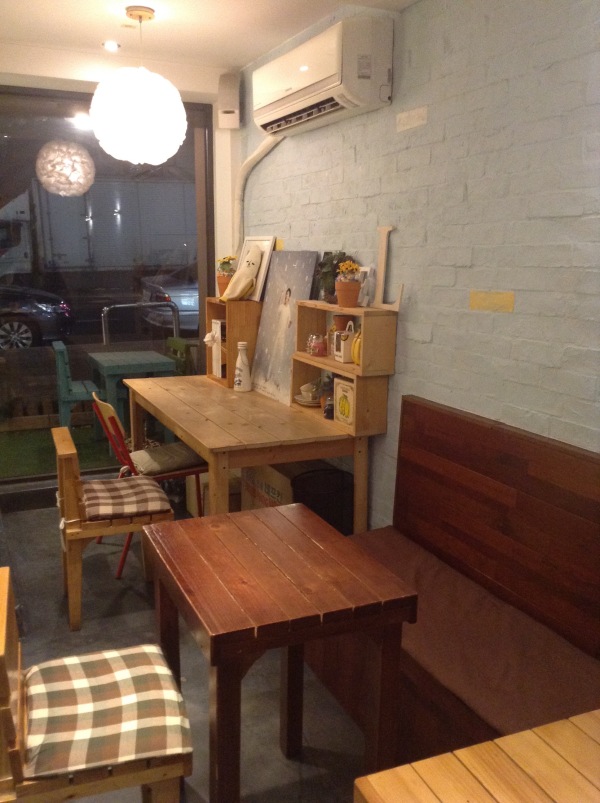 at the chance. The cafe has a number of locations but I went to the Itaewon location. Even though it says the ‘Itaewon’ location get off at Hangangjin (one station after Itaewon). I ended up doing a mad dash back into the train and left Amy standing confused at Itaewon! The store is about a 10 minute straight walk from exit 1.

You definitely won’t  miss the store at all, the outside looks like some whimsical snail house you’d find in your grandmother’s garden. Inside is a little bit crowded but there’s also a back area to chill in. The staff are very friendly and there are so many options to choose from. Fair warning the prices are a bit high, but for such unique and delicious food it’s definitely worth it. I ended up getting an iced green tea latte and also a strawberry and cream potted cake (the flower paap). Amy ordered some banana toast and an iced caramel latte.

The cake actually looked fantastic, while the flowers weren’t edible pretty much everything else was. The ‘stones’ on the top were actually chocolate. The ‘soil’ was chocolate powder. Underneath the soil was a perfect balance of strawberries and cream. The drinks were very nice as well, I only wish that mine had a little bit more of a hit, the taste was very dulled down and sometimes it was just like drinking cold sweet milk.  Altogether my set of the cake and drink cost about 12,000 won.

For the unique cakes and drinks the place is a worth a visit if you have time!