It’s the end of the Summer Anime Season, so farewell my beautiful Danganronpa children. But hey the Fall season is looking equally as fantastic – especially with Yuri on Ice!  I’ll be writing up my first impressions of the first episodes of each new series. However I won’t be checking out every single one. Some I know that I just won’t like – such as harem series or really intense shojo ones. But I shall try to watch as many as possible.

You can check out the full list of fall anime series at Anichart. Just a quick rundown of my voting scales: 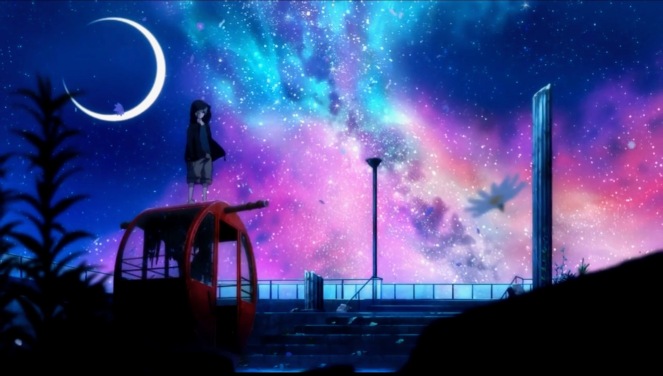 Okay, yes I know, after the disaster of ‘Game of Laplace’ last year , no one is especially keen for another Rampo anime. But it seems Game of Laplace was just an unfortunate anomaly, because Trickster was absolutely fantastic! The series introduces us to two main characters – Kobayashi, a mysterious boy with even more mysterious powers, and Hanasaki, a boy detective. In the mix is also another detective, a young girl with amazing tech skills, and the infamous 20 faces. I’m really looking forward to seeing what this show brings to the table. The series is planned to have 24 episodes, and if each is as visually stunning as the first, it’ll be one of the stand outs this anime season.  4.5/5

I don’t know what I did in a past life. But it must have been something good to have been blessed with such a wonderful series. Yaoi, I mean, Yuri, is a young Japanese Ice Skating star who is on the brink of washing out. He absolutely flopped during the world finals in front of his long time hero, Victor. Sent in a downward spiral he begins thinking of quitting skating. But after Victor sees Yuri recreating one of Victor’s routines, Victor hops on a plane to Japan and agrees to be Yuri’s coach! Throw into the mix other gorgeous skaters, including another jealous Russian Yuri, and you get an amazing drama, with fantastic animation. I’m hoping the BL action comes with it too! 5/5 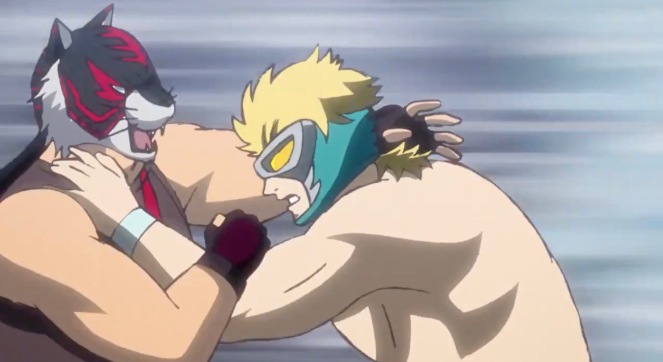 I’m going to be honest, I never really liked wrestling. I actually only just watched this series for the guys, but honestly it wasn’t even worth the eye candy. The series follows two friends, who see their mentor/ father being absolutely crushed during a wrestling match. They both vow to get revenge, going down very different paths. The animation is purposely done with a 90s feel, as is the music. Unfortunately I didn’t really connect with the nostalgia, and found the series a bit mundane. 1/5 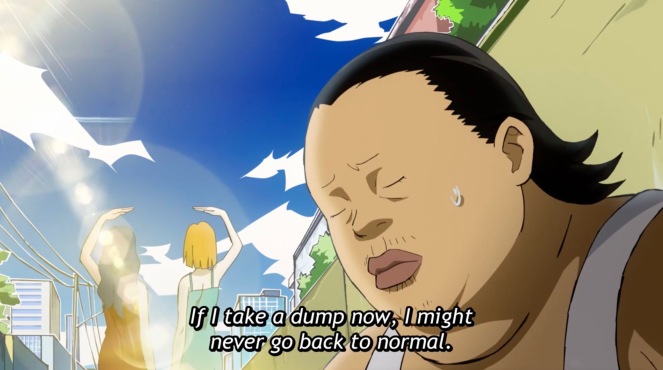 A handsome man goes to take a shit, and suddenly becomes an ugly superhero. Yep, that’s the premise of this short anime series. With a pretty unique (and ridiculous) plot, the first episode managed to introduce us to a rather interesting ensemble of characters in just 10 minutes. I’m looking forward to what the series might hold in the future, but if there’s any weird poop powers, I’m out. 3/5

I hope you enjoyed reading my first impressions. If you’d like to keep up to date with all  upcoming Fall anime posts, hit that subscribe button! You can subscribe with your email or wordpress account.