It’s been 6 years since ‘Danganronpa: Goodbye Despair’ was released, and there were two burning questions fans had. Are our babies okay and how did our babies become the remnants of despair!? While the first question was answered throughout the Mirai hen and Kibou hen episodes, the later was focused on in Zetsubou hen. Spoilers for the series below!!

The beginning of Zetsubou-hen is not the most promising. We’re re-introduced to Hope’s Peak Academy, where students with incredible talent are recruited. The school has also begun a new program called the ‘reserve course’. Students can pay their way into the academy. We’re introduced to one class of students, and one reserve course student, Hinata. The first few episodes are just filled with general antics and craziness of Hope’s Peak. It isn’t until about episode 4 that things really start heating up. 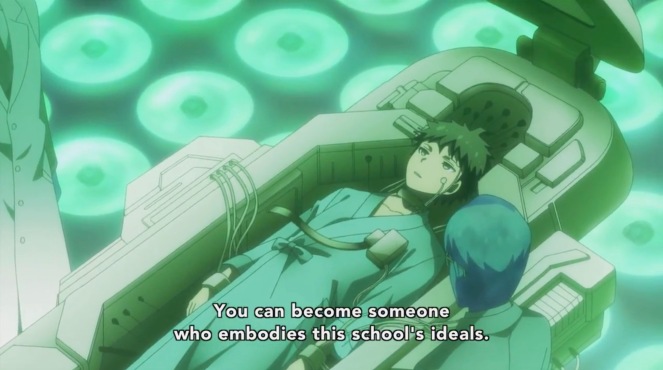 The homeroom teacher is investigating the school, together with one of the security guards (both of who you’ll see in Mirai-hen). Hinata agrees to undergo experimental procedures to become the world’s ‘Ultimate Hope’ and force talent into him. And Nagito is screwing things up, as per usual. The ‘Despair’ really begins when Junko Enoshima enters the scenes with her sister. Junko Enoshima, the Ultimate High School Despair, convinces the revamped Hinata to join her in her quest to throw the world into despair. She also forced Ryota, the high school level animator to create a despair-inducing anime.

In the last 5-6 episodes, we have blood, gore and heart break. Junko sets up her first ever High School Mutual Killing game – where the student council members kill each other. She tricks the reserve course students into rioting and ultimately killing themselves. And, most importantly, she hypnotises our sweet angels to be filled with loving despair just like herself. No one can doubt this Zetsubou-hen is one wild ride!

How the Remnants of Despair Stack Up  – Personality Wise 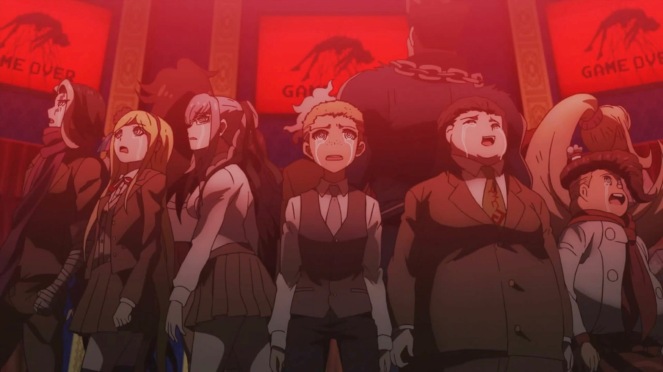 After playing ‘Danganronpa 2: Goodbye Despair’, the characters really did hold a place in my heart. I was concerned that the show, with its limited episode and vast storyline would turn them into caricatures of themselves. Which it did for a few characters such as Peko and Ibuki.  But other characters such as Hinata and Chiaki, who are the real heroes of the story, really shone through. I really enjoyed seeing their relationship develop, especially from Chiaki’s side.

Overall I really did enjoy this series, it stayed true to game and brought to life many aspects of it. I would have liked to see more scenes with the class, and especially with Nagito. Nagito is such an important character to the franchise and I felt he was kind of thrown to the dogs in this series. I also enjoyed the insight into Sakakura’s love of Munakata. The series could have easily been developed into 24 episodes, fleshing out storylines and characters more. But for a 12 episode series, it did pretty darn well. 8.5/10