It’s been described as ‘Prison School‘ without the boobs and dirty jokes. But ‘Nanbaka’ is cementing itself as this Fall season’s ultimate gag anime. The series follows 4 prisoners who specialise in breaking out of prisons, and their daily life in the world’s most secure prison. You can check out my thoughts on episode 1 over here. Let’s get into what I thought of the last 3 episodes! 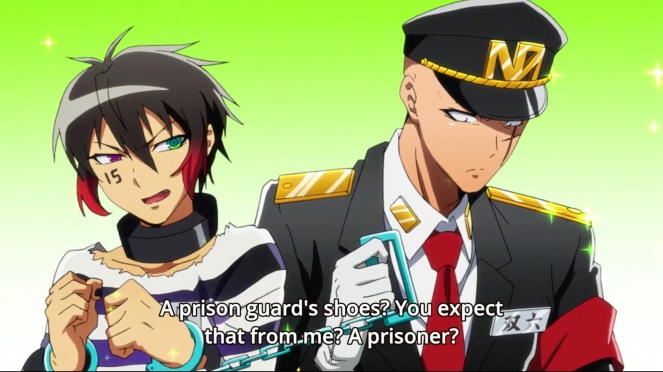 The real crux of the comedy in ‘Nanbaka’ is the banter between the 4 prisoners and the guards of building 13. There’s silly little jokes like one of the guards not being able to stand up to the prisoners, to one of them having a fantastic relationship tithe prison’s cook. This is a series you really need to watch without taking too seriously. The jokes are farfetched and there’s a bunch of slapstick and ridiculous humour. There’s not too much character development in episodes 2-3, which mainly comprised of short gags. But the revelation of the prison’s New Years tournament (beginning in episode 4) may change that! 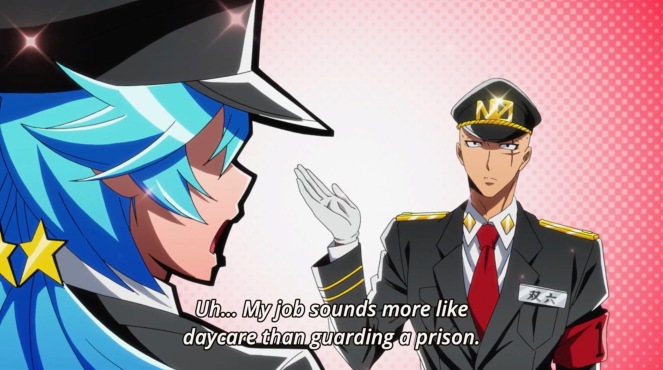 Momoko Hyakushiko Is the Ultimate Warden

One of my absolutely favourite aspects of ‘Nanbaka’ is the prison’s warden Momoko Hyakushiko. Momoko, from outward appearances is a cool beauty – gorgeous but also strong and assertive. She maintains the authority of the prison and commands the respect of everyone around her. But on the inside she is the ultimate fangirl of one of the prison guards. The little cut away scenes of her feeling all lovey dovey are both hilarious and endearing. I’ve never shipped a couple so hard in my entire life. 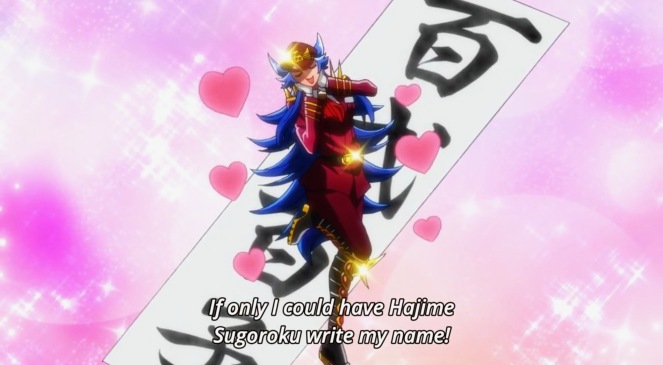 During episodes 2-3, I was seriously considering dropping the series. While the gags were funny, I didn’t think I could take 9 episodes of gags and no plot. But that’s changed in episode 4. I sincerely hope a stronger, overarching plot is developed, to maintain my interest in the series. 6.5/10

If you’d like to keep up to date with all my Fall anime recaps & general posts, hit that subscribe button!