This month the OWLS Team is talking about dreams, or more specifically:

Due to recent events that happened in September, this month’s OWLS topic will be on “Dreamers.” Every individual has a goal or ambition that they devote their whole life to with passion and courage—whether it’s landing your dream job, traveling, or finding the love of your life. However, there are those who spent their whole life working towards a dream but it was cut short due to an unexpected occurrence. Those people are left only to dream and wonder about the possibility.

This month’s topic will be dedicated to these characters in pop culture entertainment. We are not going to focus on the individuals that achieved their aspirations but instead, we will focus on characters that weren’t able to. We will explore what happens to characters who had their wings forcefully cut off as well as those who gave up before they even started their journey. We will also discuss what it means for “a dream to be deferred.”

Rather than focusing on a specific character, I wanted to talk about how pop culture and life experiences has shaped my understanding of dreams and failure. As a child we’re taught that the sky is the limit. We can do anything, become anyone, nothing will stand in our way. Disney in particular constructs this narrative – good will always triumph over evil, there is no barrier you can’t overcome if you remain true to yourself. In fact, it’s those that do stand in your way that will suffer. Take the step-sisters in Cinderella. They were as ugly as they were mean, and all they wanted to do was fulfil their mother’s dream of having money. But we all know how that fairy tale ends – they failed and in the traditional telling don’t meet a good ending. But failure was something that would never touch me, I was a good kid.

When I reached high school I began to realise the reason I never failed, was because I actually never dreamed. Without sounding like a bragging twat, I was good at pretty much everything, there was nothing that consumed my soul. Nothing that I felt like I would die if I didn’t do. I felt jealous of my friends who knew from a young age that they wanted to be an architect or a doctor. I even felt jealous of my friends without dreams, but whose parents had decided their dreams for them. Much like how Nagisa in Assasination Classroom was forced to live his mother’s dream of having a daughter. My friends were forced to live their parent’s dreams of success in finance. And in my naivety I wished someone would give me a path, I even asked my parents to force on on me. I had no goals, no dreams and no hope. 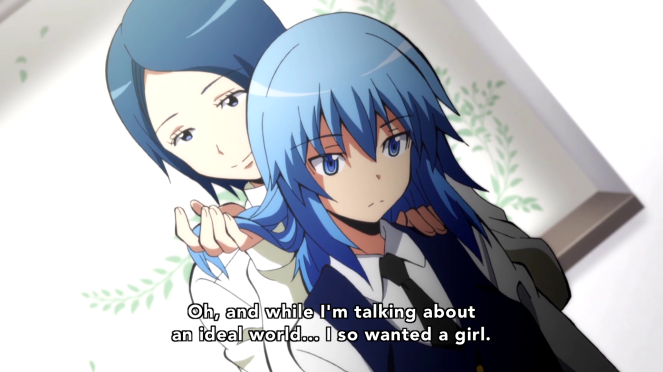 My first inkling of a ‘dream’ was of perfection. After my painful high school experience, which I’ve discussed before, I was desperate for anything to boost my confidence. I wanted praise from people, whose opinion really shouldn’t have as much as it did. For my undergraduate degree I worked as many jobs as I could, participated in club activities that I hated and pushed myself to the academic limit. Anytime my marks were less than satisfactory, it would equal to a painful failure on my part. I remember crying for an entire day when I received a credit on an essay I wrote. It was similar to Georgi Popovich in Yuri on Ice. The Russian skater was desperate for his ex-lover’s praise of him, of her love. He failed in his dream because he wasn’t skating for himself, but rather he had created a dream for other people.

But this year, I finally found a dream, a dream just for me. And for the first time in my life, I realised just how precious dreams are. It’s not something that someone should decide for you, nor something that you should rely on other people to fulfil, it’s all about you and your success. It’s the most wonderful feeling in the world, and the most terrifying. If my dream doesn’t work out, sure life goes on, but I doubt it’d be as wonderful and exciting as it is now. Unless…I find a new dream 🙂

Hope you guys enjoyed this strange-reminicisng post. Remember to check out Andrealina’s post on 3-Gatsu no Lion and on Wednesday Anime Palooza’s video~ You can see the full OWLS Blog Tour schedule over here.

Yesterday I went to the @yumiao.catcafe with my friend! I’ve been feeling a little low recently so it was so nice to go out and check out a place I hadn’t been before. I had an amazing time at the cafe, the cats were so friendly. As soon as my friend sat down one actually went into her lap to sleep! My favourite cat was the one pictured (I think their name is Sesame), such an adorable cat!! I hope to visit again soon ☺️☺️
Out of all the Demon Slayer figures available I have to say that the ones in Sega’s SPM line are my favourite. The figures are so detailed and such a good size for the price, honestly, I’m really blown away by the quality. I only recently had the chance to pick up Nezuko as the anime shop I like to go to is an hour away. So worth the trip!
Without a doubt, my favourite Demon Slayer figure.
I got these two super cute acrylic stands last time I was in Japan. I really wanted to get the Shinobu one but I think these two match really well ☺️☺️
On the weekend I finally watched the Demon Slayer Mugen Train movie!! It was honestly AMAZING, by the end I was an emotional wreck. I’m thinking of going to see it again with a coworker 🤔 Check out my full review of the film on my blog ☺️☺️
One of the cutest Pokémon gachapon I have! Eevee just looks so cute and snuggly in that teacup ❤️ I wish I had gotten the whole set!
Loading Comments...
Comment
×
%d bloggers like this:
%d bloggers like this: