About a month ago Remy Fool was asking if anyone would be keen for a collaboration. I immediately jumped at the chance. Remy started blogging around the same time I did, and we’ve been mutuals for a long time. I’ve always been a big fan of his blog, he’s posts are always incredibly well-written and interesting. Remy’s blog ‘The Lily Garden’ focuses on yuri or girls love manga, anime and visual novels. I’ve always been interested in finding some yuri to read, but had no idea to start. So, this collaboration was the perfect opportunity! So Remy gave me a recommendation for my first Yuri manga, and I gave Remy a recommendation for his first Yaoi (Boys Love) manga. You can check out his awesome post here!

Remy recommended me ‘Kase-San’. Kase-San is an ongoing series by Hiromi Takashima that follows two high school girls as their relationship blooms. Yui Yamada is a sweet but shy girl who spends her mornings looking after the school’s garden. Besides enjoying the company of plants, being at the garden gives her the perfect view of the school’s track field where superstar Tomoka Kase practices.

There was a beautiful realism in the way Kase and Yamada’s relationship was built. We can see their excitement at becoming friends slowly become tentativeness as they try to gauge the other’s feelings towards them. Particularly with Yamada, who has heard rumours that Kase has dated girls in the past. She begins to doubt herself, comparing her body and skills to the other girls in the track club. But what is truly great about their relationship is that they both see the other as like the sun – brilliant. Yamada is in awe of Kase’s running abilities where Kase is enamoured with Yamada’s dedication and kindness to the plants around her.  Seeing the two of them love one another so deeply was so wholesome! 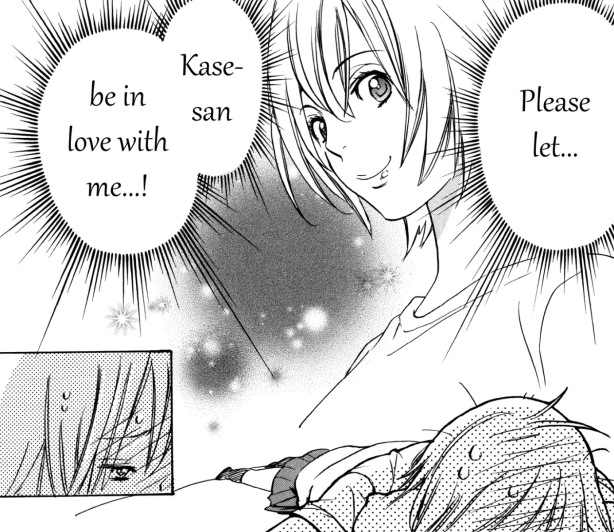 While the manga is about the girl’s relationship, it doesn’t gleam over the anxieties of high school life. Yamada feels pressured by her parents to go to a specific university locally, but Kase is applying for a university in Tokyo. Yamada begins to consider what her hopes and dreams are, where Kase fits into it and ultimately what path she should take. With Kase, Yamada gains the strength to overcome her parent’s pressure and find her true path. The manga then shows us the stress of exams and waiting for the those dreaded results. But through the ups and downs, we can see that Yamada and Lase have each other’s backs. Not only that, but by being together they bring out the best in one another.

It was really interesting comparing this manga to Boys Love series I have read. One point of particular note was how the characters viewed their relationship. In many Boys Love series the main characters typically feel their relationship has no hope because they’re both men, there is no future for them – this ‘plot point’ can continue for entire series. It’s a frustrating trope that frames all LGBTIQ relationships as almost hopeless endeavours, that the characters almost ‘give up’ something by being in one. Which is definitely not the case! In Kase-San the idea is that ‘so what we’re both girls, we love each other’, as mentioned above, the characters actively plan their future together and barely mention any of the hurdles they may face in the future. The series celebrates their relationship as two people who can overcome anything that comes their way. 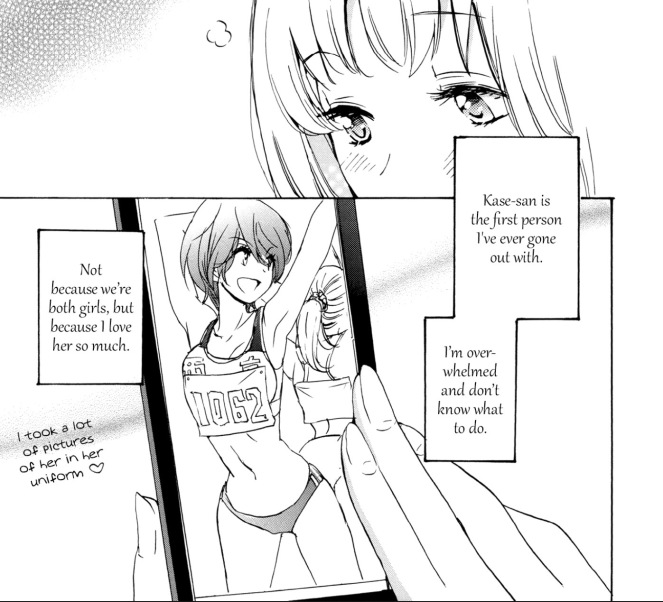 I absolutely loved reading ‘Kase-San’, thank you Remy for giving me a new OTP to obsess over. Kase-San perfectly intertwined the whimsy of high school life with a sweet romance between two women. I can’t wait to see my chapters come out, and continue to follow their wonderful love story. If you’d like to read Remy’s thoughts on the manga I recommended click here~