Net-Juu no Susume, AKA ‘Recovery of an MMO Junkie’ is one of the more charming anime series of Fall 2017. The series follows ‘professional’ NEET Morioka Moriko who has recently quit her job and returned to the world of online gaming. She decides to create a male character, Hayashi, and soon meets a female character, Lily. Their friendship slowly grows online, but fate is at work! Moriko, and ‘Lily’, who is actually a mega ikemen – Sakurai Yuuta – continue to bump into each other in unlikely circumstances. My original plan for the series was to write updates every four episodes. However I felt updates wouldn’t do the series justice and decided to do this full series review instead.

Net-juu no Susume brings up really interesting questions about relationships online. Our society is becoming increasingly connected, it is not unusual for individuals to find friends and romantic partners on the internet. A reality tv show called Catfish even explores this helping online couples meet one another for the first time (often not with the best outcomes). But what is often considered in this online relationships is – are they really relationships? How much of a relationship can you have with someone you’ve never even ‘met’?  The series shows viewers that there really isn’t much of a difference between ‘online’ relationships and ‘real world’ relationships. All the characters in the series use the online world as a form of escapism from everyday life- they log in and are instantly surrounded by a community that supports them. Characters easily discuss their worries, successes and share funny stories with online friends. For many characters, the online world, and their online friends provide a sanctuary where they can be their true selves. 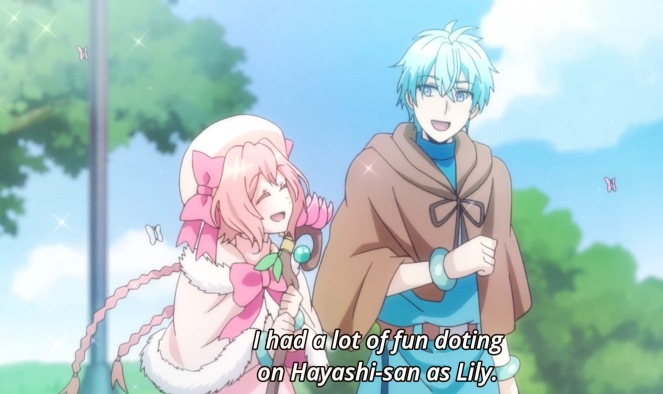 This rather interesting social commentary is framed through relatable humour and some very tense romance! Watching Net-juu no Susume, reminded me of manga series ‘It’s Difficult to Love an Otaku‘. Both series explore geek culture with hilarious scenarios or jokes that pretty much anyone who engages with any facet of geekiness can understand. For example, there’s one scene where ‘Lily’ goes all out to make sure she gets super rare items. I don’t play MMORPGs but gosh darn if I don’t go all out with my otome games to get those affection points / dress up items! The series almost is like a wholesome look at geekiness – the community, the fun and the passion. 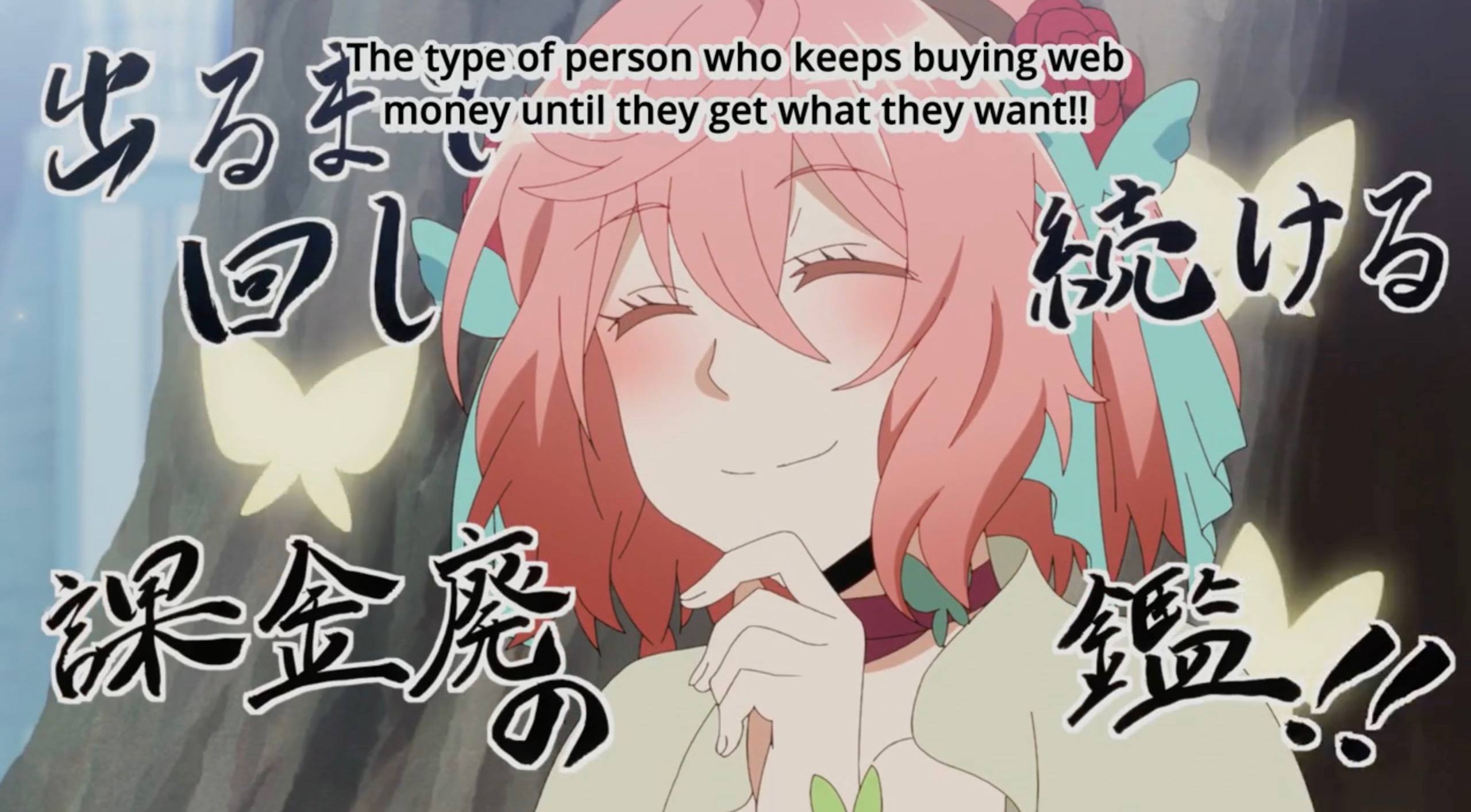 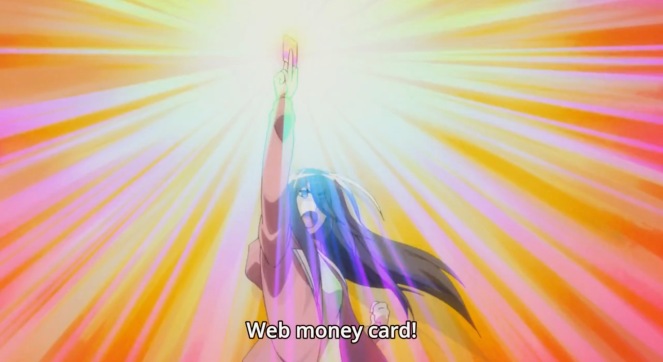 But enough about me gushing on how relatable and fun the series is. Let’s get into the real meaty bits – the story and conflict. Unfortunately this is where Net-juu no Susume stumbles a bit. The series slowly builds up to the anticipation that something will happen between Morioko and Sakurai – whether this is they realise who each other are, they get into a relationship etc. This culminates in the final two episodes which end up being so anti-climatic, it almost offsets the entire season. The last two episodes are filled to the brim with overused jokes, and shoujo cliches, it’s a bit painful to watch. And by shoujo cliches, I really mean cliches – we’ve got ridiculous misunderstandings, standing in the rain crying, looking at a rainbow together, looking at the moon together. For a series that from the get go tried to set itself apart from other anime, these last two episodes seemed to be a return to the same old blah. 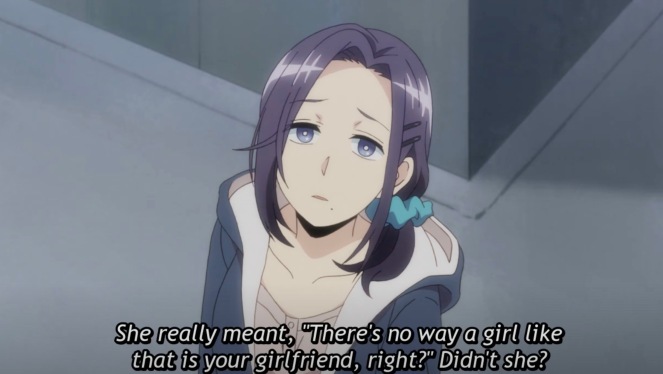 My other issue with the series was how under-developed characters were. Let’s start with Moriko ,we know that she became a NEET because she struggled with the pressures of work life. But the series never delves too deeply into this, nor does it delve into her low self-confidence and fears. When these are briefly discussed, the serious conversation takes a random comedic turn passing a very important issues off as flippant. Another smaller issue I had with the series was with the character or Koiwai, Sakurai’s co-worker and good friend. He’s as one-dimensional as they come and is literally just there to progress the plot between Sakurai and Moriko. However, if the writing had been tighter and did not rely on cliches, we wouldn’t need a random comedy character like Koiwai to join plot points.

Overall I really did enjoy watching Net-juu no Susume. It was a fun show that provided insightful social commentary with some great jokes. Unfortunately the jokes often overshadowed the plot. Furthermore, the pacing was off at times being very slow while at others being rushed. Perhaps if the show had had the regular 12 episodes, instead of 10, the story could have been spaced more effectively. I’ll give this series a 7.5/10

If you’d like to buy me a coffee, it’d be much appreciated it, a lot of time and energy is spent on writing posts and walkthroughs. By donating to Two Happy Cats, you’ll help the process!