Naja and I have always joked about being blogging twins. We started our blogs roughly within a week of one another, followed each other early on and discuss very similar topics! So it was no surprise when we hit 500 followers at the same time too! To celebrate this incredible milestone, Naja and I decided to do a fun interview piece one another.

You can check out my answers to her questions below. But before that, I wanted to give a quick intro to Naja’s fantastic blog (just in case you have had the bad luck not to have met her yet!). Naja’s blog is filled with in-depth Otome, anime, manga and BL pieces. She also does some incredible features such as her Melanin Monday’s which celebrate POC characters in pop culture and her new Otome debates series. She’s an inspiration to otaku bloggers for her fantastic work ethic, kindness and wonderful writing.

Now onto the questions!

What was your first otome game and how does it hold up now that you have more games under your belt? 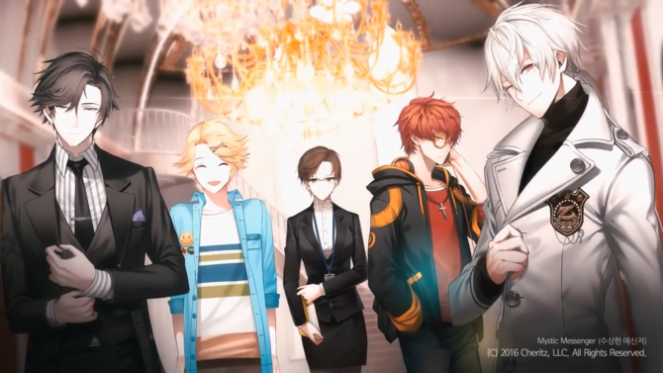 My first Otome game was actually Mystic Messenger, which came out in 2016 and I’ve been hooked on Otome games ever since! I’ve gotta say it’s held up pretty well and been one of my long time favourites. Unfortunately as it was my first mobile Otome game, I had high expectations for other ones. But Mystic Measenger is quite an anomaly in the mobile Otome world.

You and I started blogging around the same time, and through it all we’ve stuck with it. What is one piece of advice you’d give your past self about blogging?

Ooh this is hard, sometimes I honestly wish I could travel back in time and yell at my past blogger-self. Not cause I was doing anything particularly awful but I kept getting really frustrated about my blog not magically turning into a massive site like anime news network overnight! So my biggest piece of advice to my past self (and newbie bloggers) is that post by post you have to build your own blog and brand, it’s cool to look at other sites for inspiration, but don’t get too critical of your own progress. You’re doing your best and one day your hard work will be rewarded!

How have otome games changed your life?

It’s kinda funny but a year and a half ago if you told me that dating 2d guys on my phone would change my life, I’d have laughed. But here I am! First up, otome games introduced me to visual novels. I’d discussed in an older post about my struggle with gaming and motion sickness. I absolutely loved gaming, exploring new worlds and living different lives, but it wasn’t worth the nauseous hell I’d be in an hour after playing (if I could even hold on that long!). Visual novels give me all that I want in a game, without the action that sends me hurling.

Secondly, otome has introduced me to a fantastic community of people. I mean sure I don’t talk to or see them every single day but it’s really nice to throw something out on Twitter or tumblr, a concern or question about a game, and having fans be more than happy to help you out and be so positive!

What is one thing you’d like to see in an otome game? This can be anything that you feel has been underrepresented in the genre. 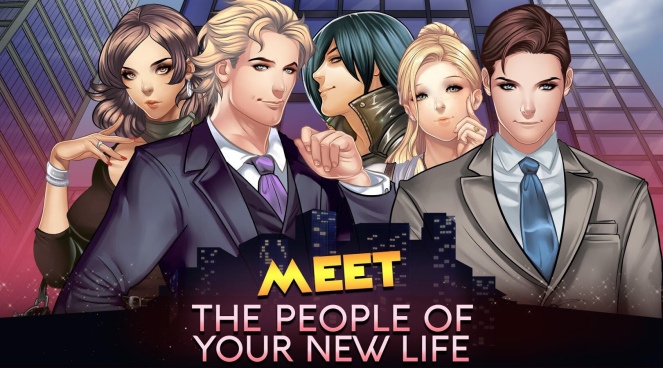 One thing I’d love to see in Otome games is more POC representation! In all the Japanese Otome games I’ve played, I haven’t seen one POC person. Not as an MC, not as a romanceable option, heck not even as a side character! I’ve seen a lot of people argue that because Japan is a rather homogenous society, a lot of its media doesn’t feel the need to feature characters from other cultures. But that’s not an argument you can extend to Western Otome/ dating sim companies. Western Otome companies like TicTac games and 1492 rarely feature a POC character. 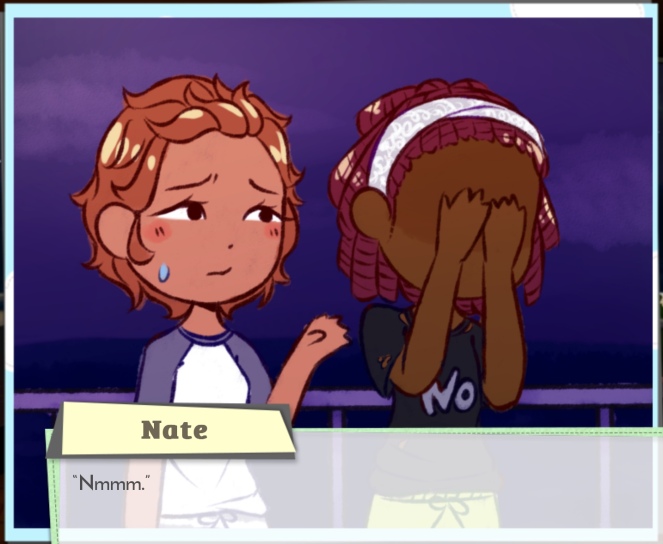 This is something that Indie game companies are really fantastic for. Last year I played games like Animal Lover,Miraclr and XOXO droplets, which had such a fantastically diverse cast. It would be wonderful if this push for diversity in the indie Otome industry could extend to the commercial/ big otome companies.

I know you like the you like the omegaverse…. *sly grin* If you could be one status, which one would you pick (alpha, beta, omega) and why?

Haha but seriously yess Omegaverse is my guilty pleasure. To give a quick summary Omegaverse is based on the idea that humans are classified as one of three types – alpha, beta and omega. Alphas are usually portrayed as superhuman – not superman level but good looking and smart. Betas are average and omegas are usually discriminated against. That’s because omegas, no matter their biological sex can get pregnant and once a month go into heat which makes everyone around them go sex-crazed.

As much as I’d love to be an Alpha, top of society, I gotta admit living in fear of bumping into an omega in heat and going sex crazy is terrifying! I reckon I’d be happy being a beta – middle tier, not hurting anyone and just go about a simple everyday life.

What do you think is the most important issue in the otome community to date?

I don’t know if this is a big issue, but it’s certainly something I’ve noticed in the community – people getting really aggressive over characters and games. I’ve seen full on wars break out on the ‘shall we date’ Facebook page, or people insulting the developers because their game isn’t getting a new route, and another one is. And like come on, it’s so uncalled for, we should be able to have civilised discussions and vent our frustration in a way that doesn’t sully the fandom.

I hope you all enjoyed reading this! I had so much fun writing this out! Remember to check out Naja’s answers to my questions over here!

13 thoughts on “Celebrating 500 Followers with Naja!”