Today is Chinese New Year, marking the beginning of the year of the Dog! It’s a pretty exciting time, with lots of celebration, food and money. Haha, okay maybe not heaps of money, but a part of Chinese New Year is receiving red envelopes (with some money) from family. But back to the year of the dog, unfortunately for those of us who were born in the year of the dog (like me), the coming year is going to be a rough one. But hey, bad luck or good luck, I wanted to take a moment to appreciate the best dogs in anime!

Black Hayate has been described as the only FMA character shorter than Ed. But behind those squishy cheeks and cutie pie looks, is a fierce protector! Black Hayate is perfectly trained by Riza Hawkeye, and will attack anyone who tries to hurt her. In the manga he also has the ability to detect homunculi. Black Hayate is an excellent dog companion!

Pluto is technically not a dog, but a demon hound, who has absolute obedience to Sebastian in Kuroshitsuji. However much to the dismay of Pluto (and Fujoshi everywhere), Sebastian is not particularly keen on dogs, and treats Pluto with borderline disdain. This doesn’t stop Pluto from being the best dog he can be, helping Ciel find Elizabeth!!  Wonderful doggo, let’s just ignore what happened in the latest season of Kuroshitsuji to him…

What’s better than a demon dog or a military trained one? A doggo that you can ride and call your best friend! Akamaru has been with Kiba since the beginning of Naruto, and always fought by his side. Through the seasons you can see their bond grow ever stronger as they unlock new techniques to fight together – especially that double headed wolf skill. Akamaru has always been their for Kiba, and will never let him down. 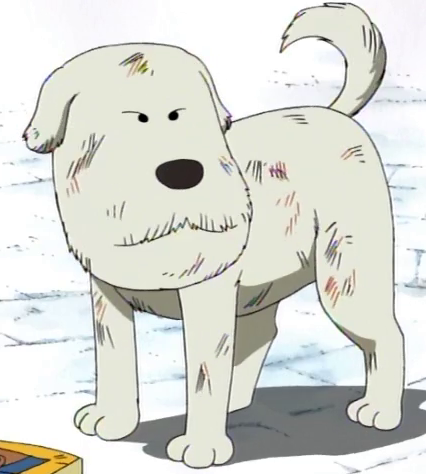 ChouChou is a GOOD dog. Remember the story of Hachiko? Chouchou is the One Piece version of that. After ChouChou’s owner died from a mysterious illness, CC continued to guard the store that they had built together. Even going so far as to defend it from pirates! In a special cover edition, CC is shown opening up a new store in honour of his owner. It’s rare to find such a brave and loyal dog as CC!! 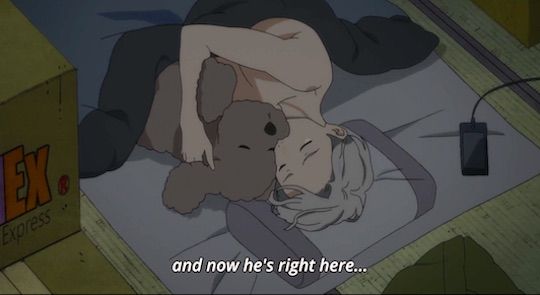 Yuri on Ice wouldn’t be complete without this loveable pooch! Makkachin has been Victor’s canine companion for over a decade! The two of them spend every waking and sleeping moment together, with Makkachin snuggling up to Victor in bed. Makkachin has been a central figure in helping form Victor & Yuri’s relationship – thank you Makkachin for bringing together such a lovely couple!!!

Thank you for reading this! To finish off this post, I just want to say a big Happy Chinese New Year to you all! I wish you lots of happiness and luck in the coming year.

22 thoughts on “Top 5 Anime Doggos ~ Celebrating the Year of the Dog!”