Hello everyone! A new anime has started and with it comes my usual ‘first impressions’ posts. Just like last time I will be reviewing the first episode of each series I am interested in. On my last post I will let you know what series I will continue with, which one I won’t be and why. I was pretty disappointed with the Winter season of anime, so I’m really hoping that the spring season picks up. You can find the full list of anime available this season on Anichart.

Mahou Shoujo Ore has definitely been the most hyped up anime this season, and the first episode did not disappoint! Saki Uno is a 15 year old high school student, trying to debut as an idol with her childhood best friend. One day she finds out her mother used to be a magical girl, and she must take her mother’s place to protect her town and her crush. What’s the catch? She ain’t no sailor moon, Saki transforms into a macho man anytime she needs to fight! This series is definitely filled with lots of laughs, craziness and parodies. I will be waiting to see if it does touch on some mature themes as most series struggle to keep me engaged if it’s just giggles for 12 episodes. 4.5/5

‘Comics Girls’ is set in a dorm where four female mangaka live and study together, but they’re all high school aged! The series seems to be a mixture of shoujo and slice of life and is really feel good watching it. I love seeing series which just show girls supporting girls to do their best and follow their dreams. There were some cringe parts like one girl groping another girl’s boobs when she just met her, which was just bad-taste fan service. I’ll also mention that the main character (pink hair girl), cries A LOT, and in one 20 minute episode cried about 6-8 times, which does grate the nerves. Despite that, it’ll be interesting to see where this series goes 3.5/5 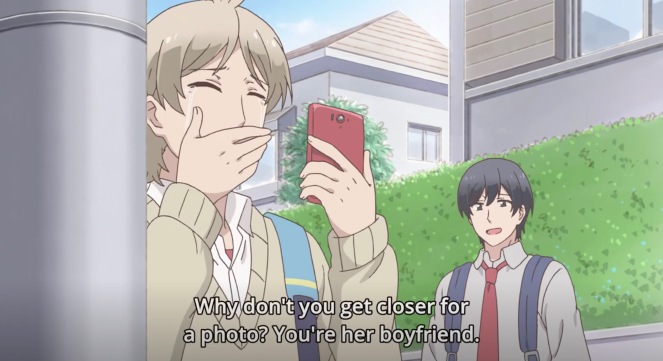 If ‘Mahou Shoujo Ore’ is the most hyped series, ‘Akkun to Kanojo’ could be the most controversial. The 3 minute episodes follow high schooler Akkun and his relationship with Nontan. The issue? Akkun is a massive tsundere, which can often be endearing in anime series, but not when it goes too far. Akkun continually insults his girlfriend calling her ‘ugly’, ‘stupid’ and telling her to get lost. It’s honestly a bit gross to watch, and even if he is so in love with her and uses his bullying (and yes I will call it bullying) to hide his affection, it’s so immature. Truly not impressed by this series. 1.5/5 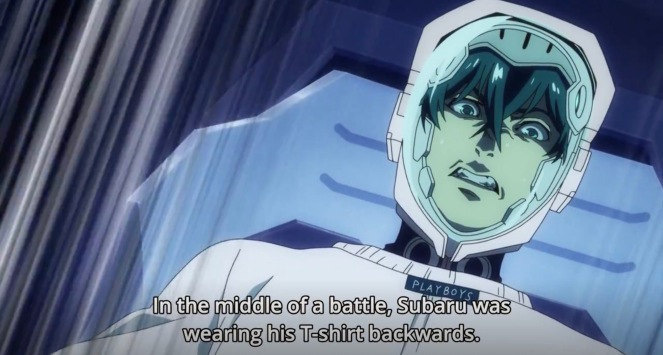 If there’s anything to celebrate about ‘Uchuu Senkan Tirimisu’, it’s ability to say the word ‘cockpit’ 3 times in a 7 minute episode. The series is set in outer space where a genius pilot battles robots to save the earth. When he’s not being a hero, the pilot can be hilariously ditsy. It’s quite a fun series, like most short anime, I don’t expect there to be any extreme character development or a proper plot, at the end of the day if it makes me smile, I’m happy 4/5

I hope you all enjoyed this post, I’ll be back on Wednesday and Friday with the rest of my thoughts.  Remember to hit that follow button to keep up to date with all my posts.