Hello! I hope you have all been enjoying the new Spring anime, so far it seems that besides Boku no Hero, there isn’t a clear favourite. But we’re only halfway through the release schedule, and there are many more fantastic series to come. I’m so excited to introduce the second part of my spring anime season ~ first impressions. You can read Monday’s post over here!

You can find the full list of anime available this season on Anichart.

‘Persona 5’ is based off a game by the same name and follows a high schooler who, with his friends, steals people’s hearts. Not their actual physical heart, but almost like the ‘evil’ heart inside them to turn them good again. The game is pretty phenomenal, and when I get time/ ready to face some motion sickness I play it. I’m a little uncertain how the anime is going to play out as a big part of the game was the character development of the 15+ characters, not sure how they’ll squeeze that into 12 episodes. At the moment the episodes seem ridiculously fast-paced, but I will say the animation is stunning! 3/5

This was an uncomfortable watch. So very very uncomfortable. The series introduces us to Aya, a young girl who suffers serve bullying at school and from her twisted older brother at home. One night, after a particularly severe beating from her older brother, a site called the ‘Magical Girl Site’ pops up on her computer. She enters it but freaks out and shuts the computer down. The next day she finds a magic gun in her locker, which she then uses on two bullies trying to rape her, they disappear and moments later are found dead on the train tracks. At the moment, I’m not entirely sure what plot this anime has, and even if it had a plot, I don’t know if I’d enjoy even watching it. At the moment it just seems like we’re watching how incredibly awful the people in this girl’s life are, and her suffering. 2/5 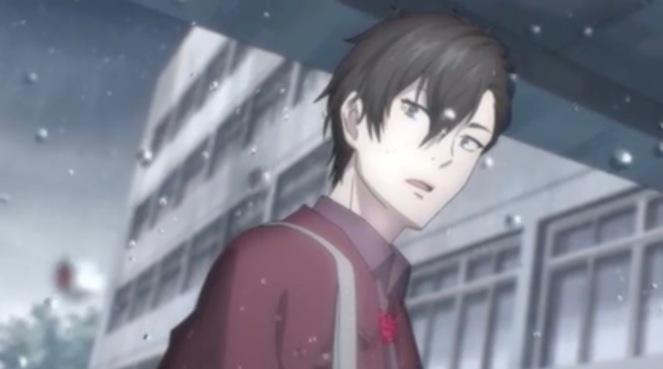 Caligula is based off a game called ‘The Caligula Effect’ that came out last year. The series follows high schooler Ritsu who is transported into ‘Mobius’. Mobius is a virtual world where high schoolers are taken to escape the pain of real life indefinitely. The animation in the anime is looking pretty great, and I’m really drawn to the story. However, I’m a little concerned by the continual info-dump of psychology and philosophy. I did my undergrad in psych and I get it, it’s cool to be like “ooh like and how we think” and “ooh look at me, I can psychoanalyse myself”, but gosh it gets tedious. I’ll definitely give the anime another shot, but I am hoping it tones done the ‘I am very smart’ bs 3/5

This show is another 3 minute episode one. We’re introduced to a protagonist who is moving to Gunma prefecture. While on the train his childhood friend warns him to stay away, and the other passengers turn demonic…and that’s it? There wasn’t much substance in the episode, but it does seem a funny with some good animations so I’m willing to give it another shot. It’s also cool that the ending song is kinda like a tourism ad featuring sites from different cities (in this ep it was Takasaki) & there was a quick interview with the mayor! But, I’m a little worried that in future episodes, jokes will fly over my head as I’m not a local and won’t get the cultural subtext. 3/5

Thank you for reading, I hope you enjoyed it! Remember to check back on Friday for the third and final part!!