I’m so sorry this took so long! I originally planned to post this on Friday, but was taking my friend around Sydney (and got awful heatstroke) and on Saturday worked all day (last day of my job)! Anyway, we’re here now and that’s what is important. Before you read this post make sure you’ve read my Part 1 and Part 2. At the end of the post I’ll let you know which series I will be sticking with and which ones I’ll be dropping. 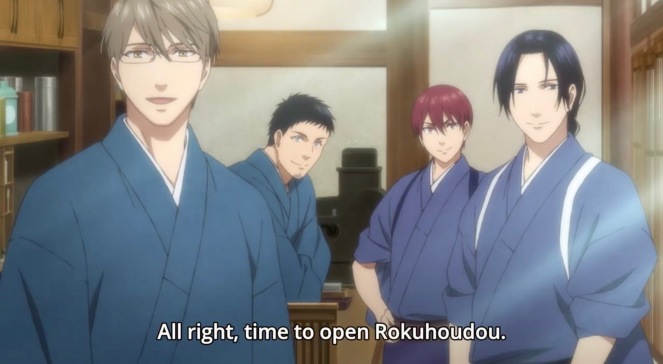 The anime introduces us to a traditional Japanese cafe and its four workers. The animation is quite nice, especially the food, gosh it’s like Ghibli level food!! But,  I have to admit, there doesn’t seem to be much plot to this series. It’s slice-of-life at its most basic – people doing day-to-day things with fuzzy feelings thrown into the mix. I know this type of series appeals to quite a lot of people, but unfortunately I like a bit more action in my anime. 2.5/5 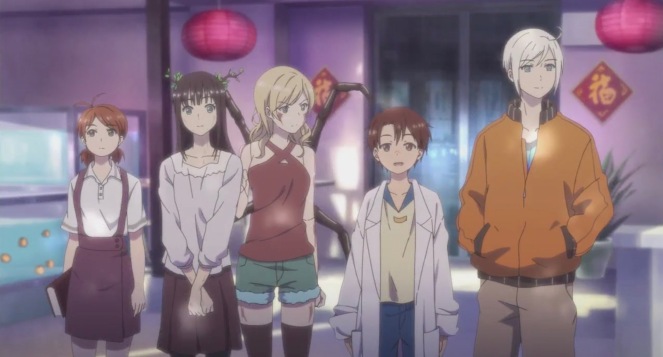 Family dysfunction at its finest, ‘Shiyan Pin Jiating’ follows a young boy whose siblings have been experienced upon by their parents. Each sibling has a ‘special ability’ ranging from cool stuff like mind reading to honestly the short of end of the stick – being a spider. The episode was only 15 minutes long but it was just the perfect amount of time to introduce us to the characters and get a bit of an insight into their dynamics. I was really impressed by this episode. Sure there were some cheesy bits, but I can definitely see some potential if the series takes a bit more of a serious route 4/5

Gosh I have no idea where to begin with this one. The series is about a device called the SCM, people use it to engage in ‘duels’/ ‘bets’ and whoever loses becomes the winner’s slave. I remember reading the manga when it first came out but put it down after a few chapters – there was just so much rape and sexual assault. Unfortunately the anime doesn’t seem to have improved on that aspect, but at least it wasn’t 4-5 pages of it happening. I’m unsure if I’ll keep going with this one. It’s kinda like a car crash – on the one hand you don’t want to look but on the other you just need to make sure everyone is okay – 3/5

Expectations were low heading into this episode and they were definitely met. The series follows a boy nicknamed Jay who is pretty much perfect (oh yay!). After about 20 minutes of his perfection being shoved down our throats and introductions of the 101 characters the episode finally gets interesting, and then it ends. I still don’t have much of an idea about what’s going on – there’s some magic, some people called ‘butlers’ and a LOT of very free high school students. The series is definitely Fujoshi bait at its finest and I doubt its going to get any more interesting. 1/5

A 3 minute episode which had laughs, romance and character development – can it be true? Yes it can! Fumikiri Jikan is off to a great start. Each episode will show women chatting at the crossroads. It’ll be interesting to see what other conversations spring up. 5/5 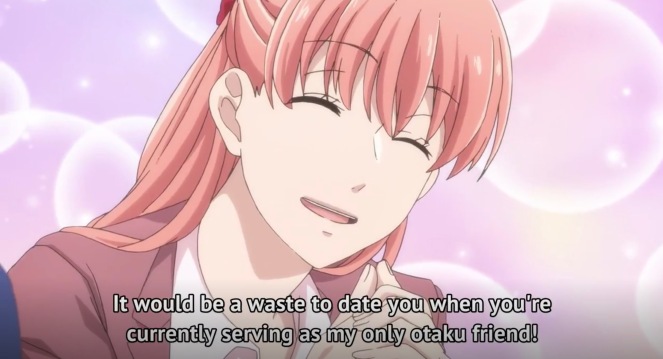 You may remember (about 2 years ago), I wrote a review of a manga called ‘It’s Difficult to love an Otaku’. Well now my favourite series has an anime! The series follows two office workers who happen to be geeks, and their awkward but wonderful romance together. Unlike most romance series, this one jumps into the deep end and is more about their life together rather than actually ‘getting’ together. Besides the lovely animations, great laughs and awesome characters,  I’m really impressed at the anime’s ability to throw in so many references (see the pic below).  Definitely a much watch these season 5/5

Butlers ~ Chitose Momotose Monogatari~  –   I won’t be continuing this series, I really struggled to get through episode 1 and can’t imagine watching another 11.

Caligula – I’ll try a few more episodes, if main dude keeps up with his philosophical monologues I’ll probably drop it.

Comic Girls – As cute as this was, I don’t know if I can put up with the main girl’s whiny voice and her constant crying. Will drop.

Dorei-ku: The Animation – Will try a few more times, if it continues to leave a bad taste in my mouth I’ll drop it.

Mahou Shoujo Ore – Loved it will continue, may do a full series review.

Mahou Shoujo Site – Will probably drop it, just such a heavy series.

Persona 5 – As great as it was, I’ll drop it as I haven’t finished the game yet.

Shiyan Pin Jiating – Not sure if I’ll do 3 episode reviews or full series review, but will definitely keep watching.

Thank you everyone for sticking with me for these reviews. I hope you have enjoyed reading them. In the comments please let me know what’s been your favourite show so far this season 🙂 !