Late last year Favary Inc. released a rather ambitious dating sim game – ‘First Love Story’. While most dating sim games feature one main character romancing three – four characters, ‘First Love Story’ took a very different approach. Our first wave of characters (as Favary has teased four new ones in the coming year), introduced us to two boys (Asahi & Sou) and two girls (Akira & Chitose). There are four routes with these characters, a GxB, BxG, GxG and BxB. For those unsure about the difference between the first two (GxB and BxG), in the first one the story is told from the POV of the female character, and in the second POV is the male character. 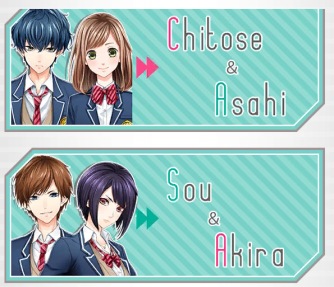 Each story has nine chapters, with 10 sections each. As with most dating sim games you are given dialogue and action options which then influence your romance. This then leads to one of two endings, either a normal ending or a happy ending. Throughout the story there are also two types of ‘check points’. One for your impression points, if you have enough you can jump into a romantic scene and get a special CG. Second is for trust points which allows you to move on to the next chapter, trust points are gained in a pretty simple mini game.

As many of you know, in the last year or so I’ve really gone off games set in high schools. It seems as I get older, my patience for silly young love and immaturity dwindles, and yes I do realise what an old bitter lady I sound like. But, despite that, I actually really enjoyed ‘First Love Story’. While the characters were indeed a bit silly at times, it wasn’t over the top nor cringe. It just reminded me of when I was in high school and how I acted. I really appreciated each character’s balance of maturity and silliness, it made the story fun to read, with some lighter moments mixed into a heart warming story.

But, my absolute favourite part of the game was the design. Each character had such a great design from the soft looks of Chitose to Sou’s mischievous smile. I particularly fell in love with Akari, every time she came on the screen I couldn’t help but smile, she was so pretty.  Of course, with the great character design, came beautiful CGs, each one was dynamic and interesting, rather than just a simple kiss or a hug. There was so much detail in them too, below you can see the small cross around Akari’s neck! 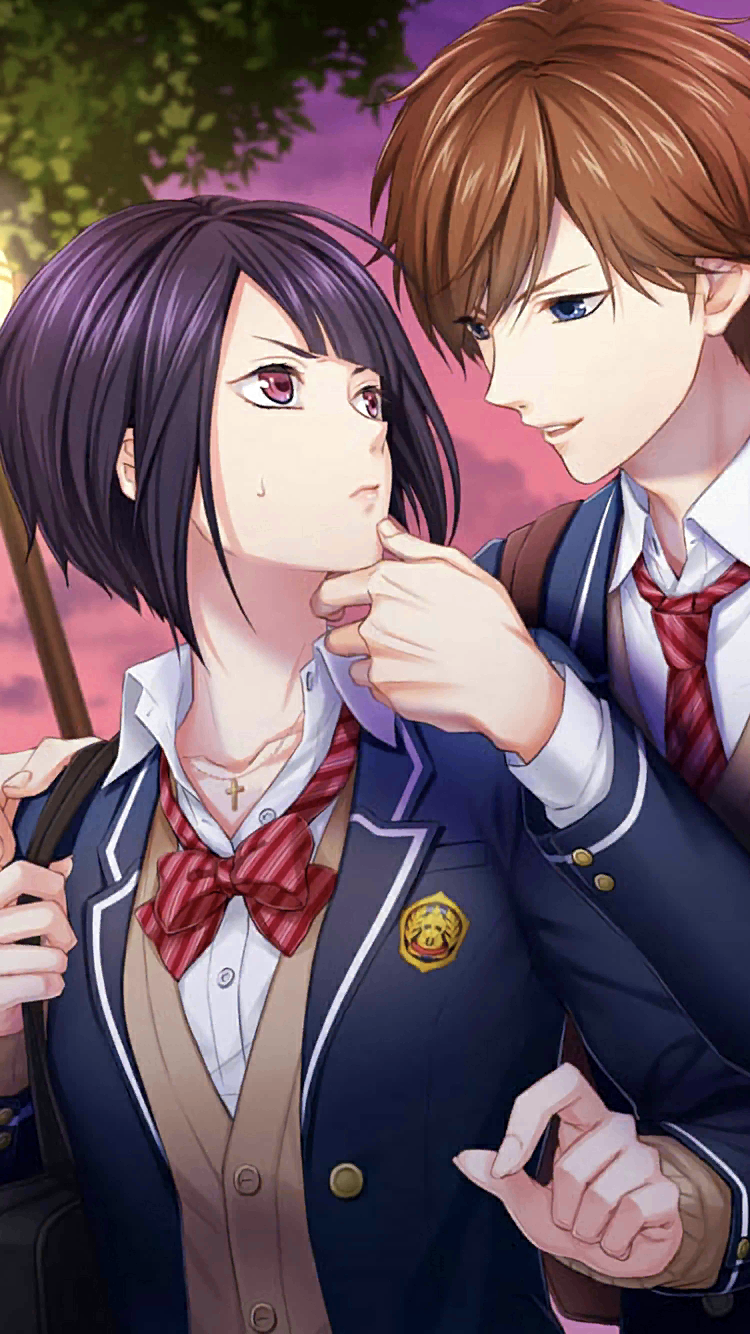 One issue I had with the game was with its opening sequence. After you finish downloading the game, and open it for the first time, a song plays while you’re introduced to the different characters and story options. But the sequence also then proceeds to show you nearly every single CG that is in the game. For me personally, I prefer to keep CGs as a surprise, they usually come at a super romantic or tense moment in a story and just add to atmosphere and heighten emotion.

At times, I also noticed some awkward dialogue phrasing. It’s not anything particularly awful, and I’ve definitely seen paid games that have had worse translation, but I still have to note that it will annoy a player who is easily irked by spelling or grammar error. But as I am not a player who particularly minds such issues, it did not negatively impact my play through.

A smaller note, I say small as it’s an issue that many many mobile dating sims, I found each ‘section’ to be very short. Just a couple of sentences and then it was over. That is to be expected, but I didn’t like being redirected back to the main screen after reading a few sentences. I would have preferred if there was a ‘continue’ or ‘quit’ button, like they have in ‘Shall We Date’ games. Just to streamline the playing process.

Overall, I had a lot of fun playing through ‘First Love Story’. While the characters were in high school, they had a great balance of acting young and silly but also having their head screwed on properly. As I mentioned above, the CGs were gorgeous, but I would have preferred if they weren’t all in the opening movie. Better yet, the game is completely free, and while that does mean you’ll have to be patient regarding story tickets and progression, it’s definitely worth trying out!