As careful as we are with our precious figures sometimes accidents do happen. A slip, a little bit too much pressure even a change of wind and a small delicate part is broken. When this happens it can be devastating, I should know. I recently purchased a Hatsune Miku Original Akifuku ver. figure , I’ve been a long time fan of the seasonal Miku series and was so excited to add it to my collection. As I was putting the leg into the base, ever so carefully, I head a snap. Then the whole figure came tumbling down. She had broken her ankle. It seemed ridiculous that a figure could break so easily. But, going on the My Figure Collection page for her, it seems a lot of people have had this issue. I’m not one to give up on my Miku, and I set about looking at ways to fix her.

I’ve never been much of a DIY person, but I knew the best way to fix her was with glue. All I knew about glue was the regular type for paper and super glue. As I did research I saw many people recommend a type of glue called epoxy. Further research showed that expoxies were known for their strength and resistance to heat/chemicals. However, the actual connection between each piece can take longer with expoxy. Unfortunately, a lot fo epoxy brands that people recommended online are not available in Australia. If they are, they are really expensive. I decided to go to my local hardware store (Bunnings) and have a look myself.

When I arrived, I never realised how many types of glues there are in the world! I did find a brand called Selleys, which I had heard good things about. However, many of their epoxy solutions said it was for “most plastics“. Another few minutes of looking I found a Selleys glue for all plastics.

Unfortunately this Miku figure isn’t the only broken figure I have broken. I have two Nendoroids I have been wanting to fix for a while. The first is a really old Nendoroid I bought while in Japan. When I got home and started putting it together, the ‘peg’ for one of the head pieces snapped off. The second Nendoroid, I bought second hand. You may remember my grumpy Twitter posts over it. Pretty much they didn’t tell me a piece was broken and sold it to me.

Feeling really upset tonight. I organised to buy a nendoroid off someone on Facebook, they sent me pictures and said the quality was like brand new. Just opened it and the character's fan has snapped off the hand. pic.twitter.com/Zz3xALHKdT

Before using the Sellys glue you have to make sure that the break is clean and that there’s no dust or dirt on the break. Once ready use the primer pen. On the instructions they recommend using it liberally all over both parts you want to join. Then use the glue on only one part. Place the pieces together and hold tightly for 30 seconds, a tentative bond should have formed. The bond will fully mature after 30 minutes. 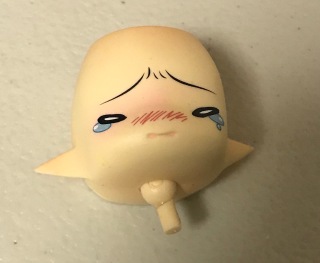 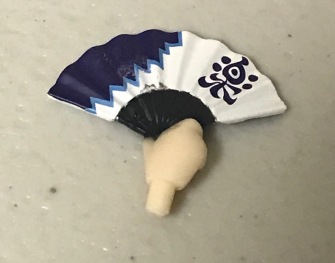 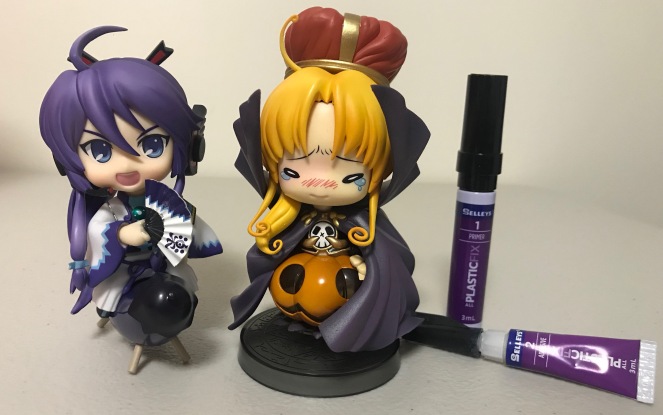 I found the primer very easy to use, however the glue ran very quickly. When I did the fan I ended up getting it all over my fingers. But the end results were definitely worth it!

With the Miku there were three parts I wanted to fix. The first was the ankle, next was the hand and luggage handle and the final was the pigtail. I did each one at a time. So one part, leave it for a while (I left them overnight just in case) and then come back to do the next one. 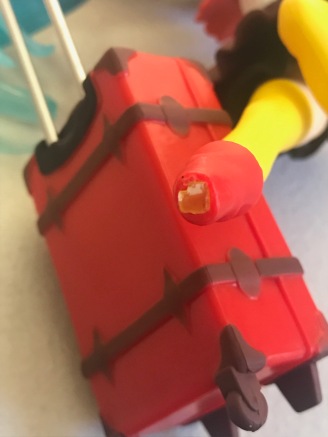 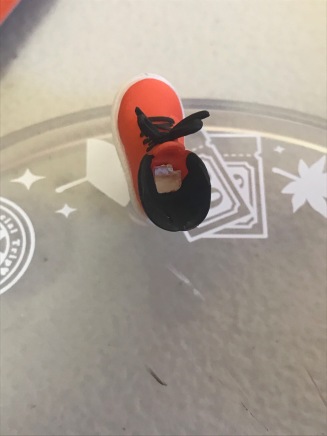 The hair and suitcase were pretty easy, and I did those before the foot. I normally would not have glued in a normal hair piece, but this one was ridiculous. I swear there must be a ghost in my house. The figure would just be resting on its side and suddenly the hair would fall out. The luggage handle was a little difficult since it’s an angle and a little flimsy but I managed to slot it in after a second try.

With that done we set to work on the foot. Since this was the most important part of the figure I looked at a lot of videos and pictures to see how it was positioned. I also found that if I placed the leg in a certain way, it would balance, even though it was broken. While this ‘balanced’ way may not be 100% in line with how the figure should look, I thought it might take some of the strain off the break. While the glue dries clear I didn’t want smudges to be noticeable so I put the glue inside the shoe. 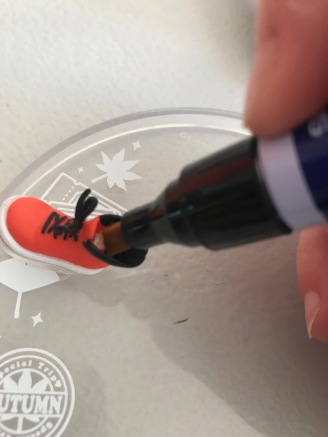 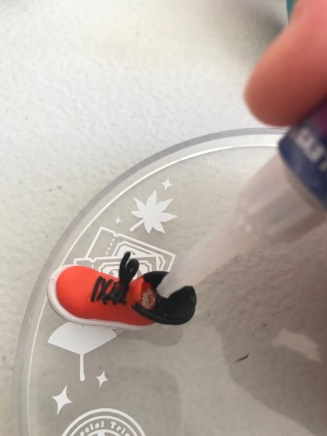 After putting the glue on, I held the figure together for a minute (just in case). While it dried I let it rest on its side so there would be no pressure on glue.

Overall, I’m pretty happy with how the figure came out. Unfortunately I could remove the scuff marks on the plastic base from it fell, nor some marks on her legs. But as long as she’s standing, I’m happy. Crises averted!

2 thoughts on “Fixing My Broken Figures: A Short Tale of DIY”