The Coma 2: Vicious Sisters is a Korean horror survival game by indie developers Devespresso games. While the game is a sequel, you can play it standalone. Just like it’s predecessor, the game follows a young high school student who has made their way into ‘The Coma’. The Coma is a seperate plane of existence where the world is twisted by the thoughts, feelings and events of ‘our world’.  Playing as Mina Park, we discover that this adventure isn’t just about surviving the night. An evil entity inside The Coma threatens to spill over to our world, and Mina has caught its attention and ire. The game is avaliable on Steam, PS4, Xbox and Nintendo Switch. This review is for the Nintendo Switch version.

Two years ago, when I played The Coma: Recut I was left largely underwhelmed by it. The game had promised so much but failed to deliver. When I heard news of a sequel, I was unsure that I would even spend my money on it. But the potential for improvements, and maybe something fulfilling won over, and so, I purchased it. Let’s see if it’s lived up to expectations this time.

What has, and continues to draw me to The Coma games is the art. Each hand-drawn panel is creepy perfection and the character designs are fantastic. As you play through the game, a lot of the fun is based on how they’ll surprise you next – what creepy spectre will appear or how twisted will the next location be? The art is so good, I almost wish the development team could make a companion comic or webtoon to go along with the game and supplement info dumping (which I’ll discuss later). The art, combined with the game’s sound really make this an exhilierating experience. The music is often quite discordant and sends chills up your spin, and sound is used particularly well in some scenes. In the train station, announcements are sped up and disjointed and the clacking of high heels spell danger. One point that I did find a bit repetitive was the screaming of ‘Ms Song/Vicious Sister’, the monster that stalks Mina throughout the game. She appears randomly and lets out a horrible shriek before chasing you. The first few times I kinda jumped hearing it, but by the second location all I could think was “here we go again”.

Story-wise I found the game was strongest in its second half, from the hospital chapter onwards. The first half of the game felt a bit repetitive until things finally unfolded later on, and from there it was a much more satisfying read. Character-wise, some characters felt a bit like cannon fodder, that is, introduced only to be brutally killed off. However, the story’s focus on Mina and her relationships with her friends, and her own growth was one I became really invested in.

The sequel featured quite a few new mechanisms that were not present in the original game (or at least I can’t remember them being there). There’s quick time events where you have to press directional buttons to make sure you stay hidden or complete a difficult task. There’s also a crafting mechanic where at each level you can craft a special item so you don’t get hurt from a confrontation at the end of the ‘chapter’. I found both of these a lot of fun, and added a little bit more to the gameplay rather than just running around and dodging (which was one of my big complaints with the first game). There’s also a phone Mina can use to contact characters she comes across. The characters usually give hints but I also just like being able to call others and see what they had to say at different points of the story. 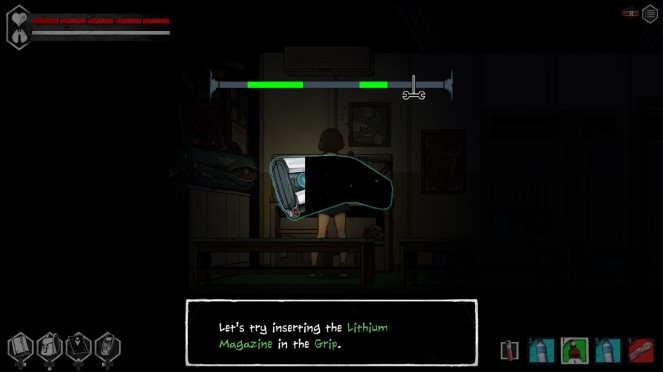 Unfortunately, a lot of my disappoints from the first game have carried over to the second. One of the big parts of this game series is running away from monsters, you probably spend half the game being chased, trying to find someplace to hide. However, to open doors you have to hold the ‘a’ button down for a few seconds. I often found I would be running for my life, finally reach a door to escape only to be cut down as the door took too long to open. However, my biggest issue with both games was that they rely so heavily on the notes you collect to explain story and background. Throughout the game you can collect almost fifty notes, each one a decent paragraph of info-dumping. Even I, as someone who enjoys visual novels, found these overwhelming and towards the end didn’t bother to read them. I found this was borderline lazy as any background information should have been integrated into the actual gameplay.

A new issue I encountered with this game was with saving my gameplay. I found that if I saved at point B, and then died and quit the game, it would set my save back to the previous save at point A. Where as if after dying I selected ‘load’ and then quit, it retained my point B save. The game does have a warning about this, but it just left me scratching my head as to why that would even be a feature. 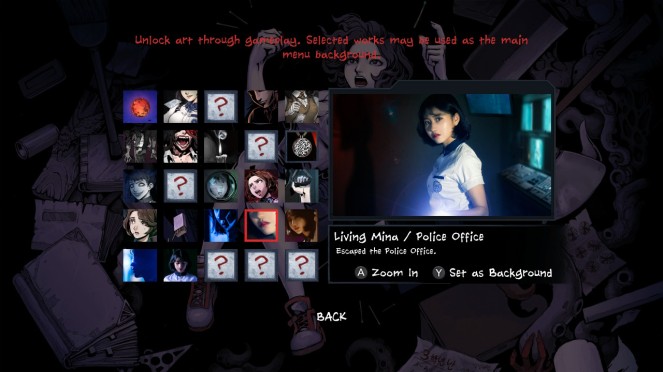 On a smaller negative note I was also a bit disappointed by the image gallery. As you play through the game and pass certain checkpoints or gain achievements you can unlock images in the gallery. In the previous game a lot of these images included design concepts for characters. But for the Coma 2, half the images were pictures of a girl dressed up as Mina recreating scenes of the game. By recreating I mean standing on a train platform, or hiding under a desk. It just felt like such a waste, and I didn’t see the point of these images. 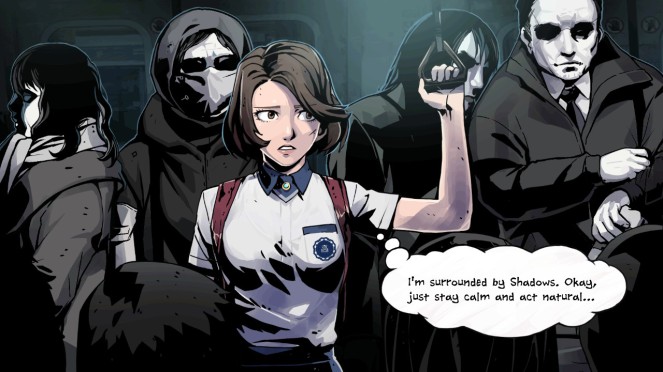 The Coma 2 has definitely been an improvement on the first game. The new mechanics made for an extra puzzle twist and the second half of the story brought some much needed depth instead of just running around. However, the game did carry over many of features that made the first one so unsatisfying. The game is also quite a short play, between five to ten hours depending if you use a guide or not. This may leave some players feeling they weren’t getting their money’s worth. For me, the game fulfilled the hunger I had to learn more about The Coma universe after the first game. However, it’d need to make big changes to encourage me to purchase another addition to the series.

If you’ve played The Coma:Recut or The Coma 2 what did you think of it? Let me know in the comments!

4 thoughts on “ The Coma 2: Vicious Sisters Review – Sleep With One Eye Open”