Keiichi’s relationship with Mion continues to grow as he spends time at the diner and even goes on a sorta date with her. But that’s ultimately turned on its head when it’s revealed that Mion really does have a twin sister called Shion. And it’s Shion who has been hanging out with Keiichi, and perhaps teasing her sister by leading him on. As the days turn to nights, the Watanagashi festival is ever closer and Keiichi is once again told the dark history of Hinamizawa Village. The only question left – who will Oyashiro-sama claim this festival? 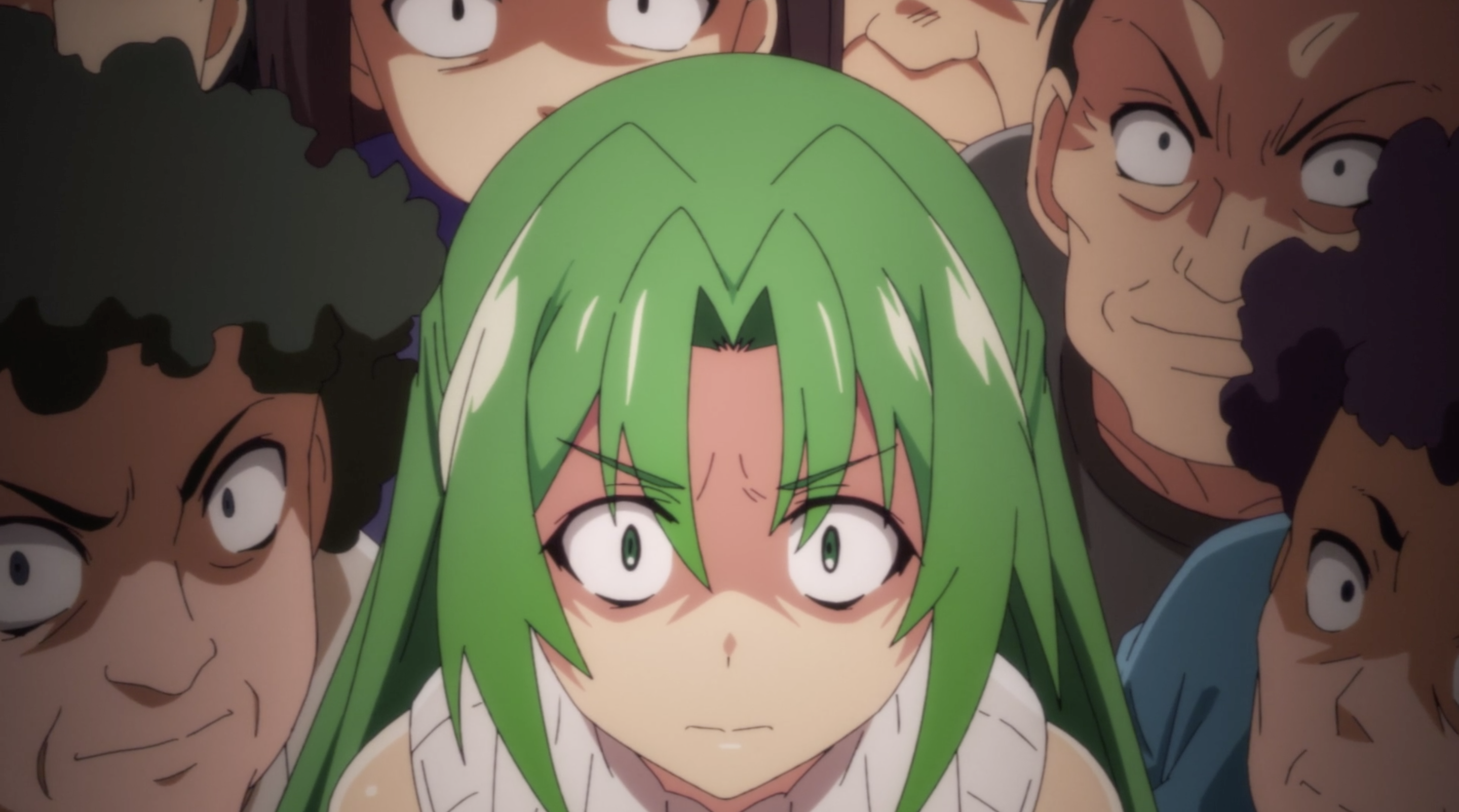 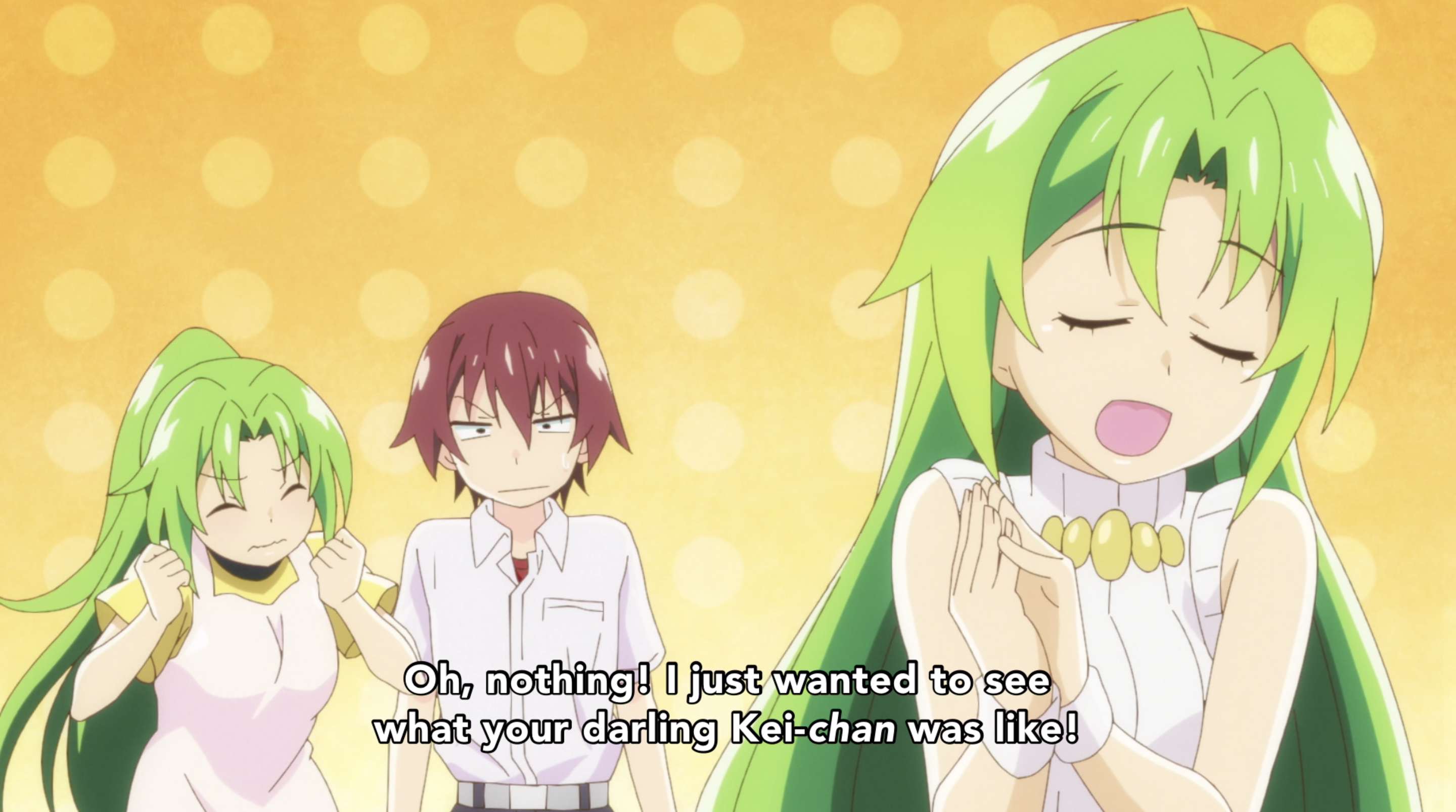 To be honest I wasn’t entirely expecting the Shion/Mion reveal, I really thought Mion was just being a little coy and calling her more forward persona ‘Shion’. I don’t think this will be the last time Higurashi pulls one over on me. Shion and Mion’s dynamic is quite an interesting one, I can’t completely tell if they actually like each other or it’s just a typical sibling relationship. Shion spends a lot of her time with Keiichi talking about Mion’s personality and some of her flaws, but we never really learn anything about Shion besides her self-professed ‘gentleness’. Most importantly, we don’t learn why she doesn’t go to school nor why in last week’s episode Rena had no idea who she was (despite living in Hinamizawa for a year). Questions, questions!

Of course, the biggest point of interest in this week’s episode was the festival. In the other timeline we learnt that Tomitake and his companion were the unfortunate victims of the Watanagashi festival, disappearing early on in the festival. Now we finally learn what they were doing – breaking into a forbidden storage shed with ritual tools. That’s one way to get a deity on your bad side! This time Keiichi gets roped into it, as Shion takes him to watch them. I have to admit, there is something very eerie about Tomitake’s friend, Takano. I am sure just like the rest of the villagers of Hinamizawa she has a side she doesn’t want others to see. But hers seems to just bubble below the surface, like she has some sick fascination with all the tragedy in the village. With her, Tomitake and Shion egging Keiichi on to open the forbidden shrine, I can’t help but feel uneasy. 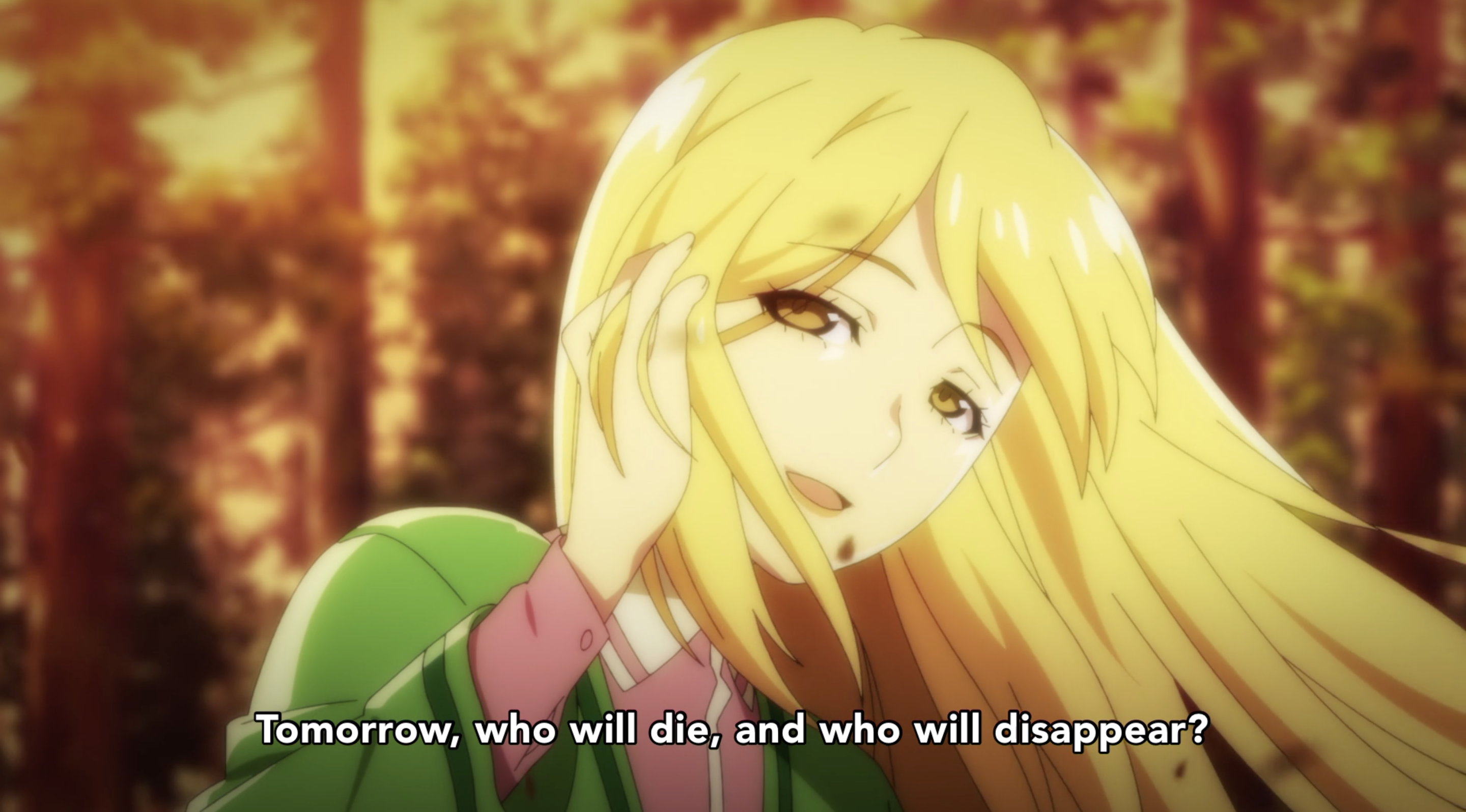 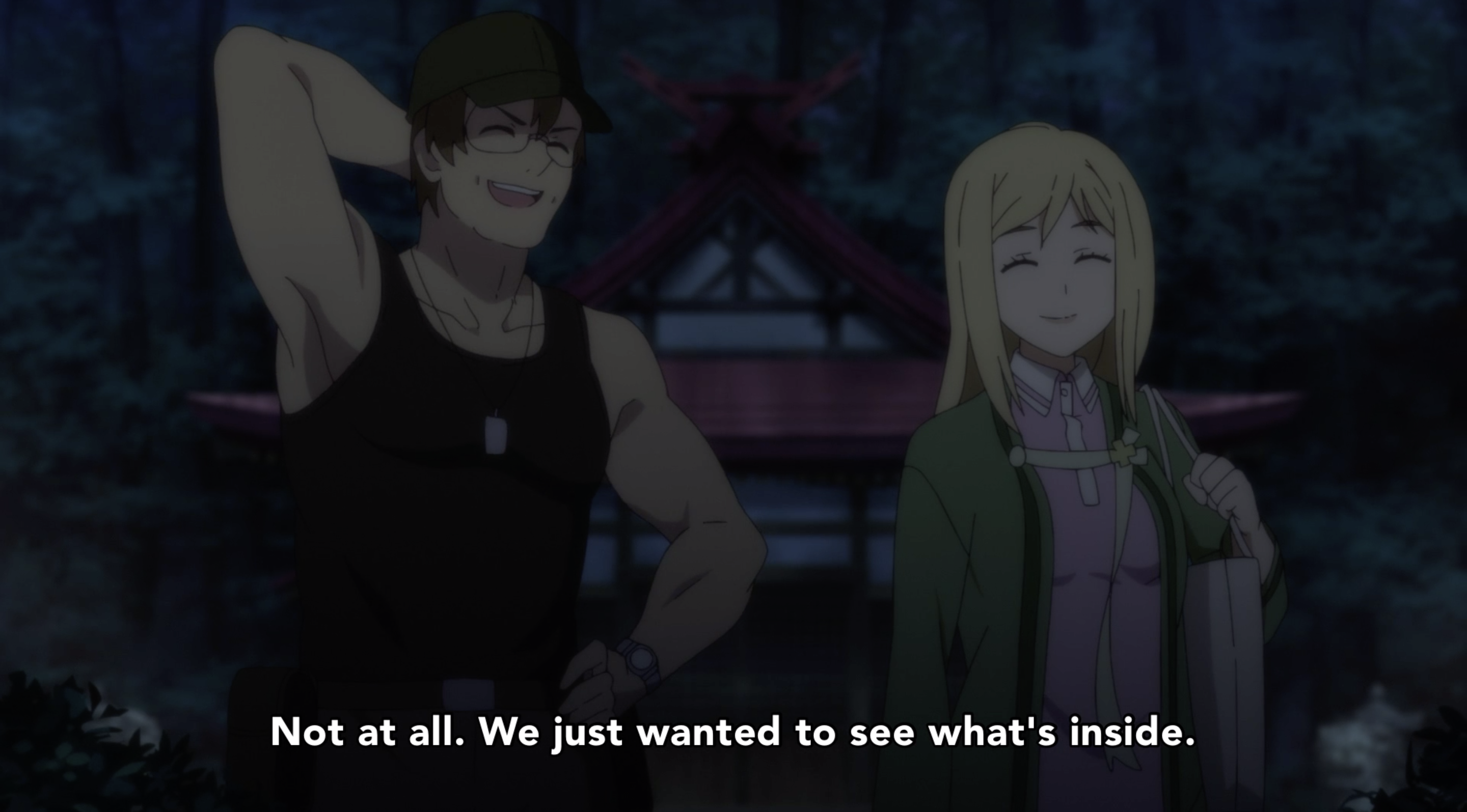 Once again, the tension is building up to what I’m sure will be a bloody and chaotic conclusion to this new arc. Truth be told, I’m getting so sucked into this series. I’m so tempted to finally play the visual novel and just find out what happens! But I’ll be patient and see this series through to its ending. Now that we’re 1/4 of the way through it – thank you for following along with me so far!

What did you think of the sixth episode of Higurashi: When They Cry – Gou? Let me know in the comments (no spoilers for the VN and 2005 anime please)!

Missed my episode 5 review? Check it out here!

One thought on “ Higurashi When They Cry – Gou Episode 6 Review”