It’s been roughly two years since MangaGamer announced they would be licensing another of Kalmia8’s otome games. Yesterday we finally received the long awaited news that F*** Me Royally!! will be released on December 17 this year, with pre-orders open now.  The game will be priced at $29.95  (although there is a current pre-order discount and you can purchase the game at $25.45). The game is available on Windows devices and, if you haven’t guessed by the title, is an R18+ game. MangaGamer confirmed on 27/11 that the game will receive a Steam release. The Steam version will be a censored game (no R18 H-scences), however players can download a patch through the MangaGamer store. Previously, for Little Miss Lonesome, this patch has been free to download so I am sure it will be the same for this game.

Make sure to check out my full review of the game over here!

On top of the game, fans can also purchase a DLC bundle for $5.95 (pre-order price $5.35) which includes five bonus stories and a digital booklet of concept art and some comics.

Below is a blurb MangaGamer has shared about the game itself:

In this brand new title from the creators of Fashioning Little Miss Lonesome, players take on the role of Kawai Marika, a princess from a sex-positive world full of magic that places no value on chastity. She’s teleported directly to Japan with one goal in mind: to score a husband from another world both for her own enjoyment, and to help bring new ideas and culture back to her own nation. As Marika, players will take the lead in the pursuit of two men who catch her upon arrival – the level-headed worrywart, Agatsuma Kaoru, and the considerate show-off, Takai Ryuusei. The power to choose and seduce either rests entirely in your hands! 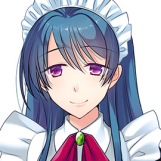 I’ve previously played Kalmia8’s R18 game Fashioning Little Miss Lonesome and it’s not an exaggeration when I say I loved it. So I’ve been ridiculously hyped for this game since it was announced, not only is an R18 otome (which we desperately need more of) but the premise has me hooked. From first impressions, the two male love interests haven’t left a super strong impression on me.  While the blurb only mentions Takai Ryuusei and Agatsuma Kaoru as love interests, I did see a tweet by Molly Lee (who translated the game) mentioning a route with a female romaceable character.  From the website I can see a female character called Utsumi Sanae, so she might be the third romance option, and she’s grabbed my attention a lot more than the two guys!! Overall, I reckon the real draw to this game will be playing as Marika, she sounds like she’ll be such a fun protagonist to play as.

As mentioned, the game has been translated by the amazing Molly Lee, also known as VerdelishJP, who previously worked on Fashioning Little Miss Lonesome, The Bell Chimes for Gold and sweetpool. She’s incredibly skilled and I love her work. If you haven’t already, you can check out my interview with her over here!

As always with MangaGamer there is a current pre-order discount. If you’d like to pre-order the game, and support Two Happy Cats while doing so – you can order the game through my affiliate link (essentially if you do I get a dollar or so off the sale which is always lovely!).

If you plan on getting the game, let me know in the comments if you’ll be romancing Ryuusei, Kaoru or Sanae first!

One thought on “MangaGamer’s Latest Otome Fxxx Me Royally!! Is Up For Pre-Order”