Aksys Games have done it again and truly made this otome fan cheer. Early today (or yesterday depending on timezones), the company announced on its Twitter page three new titles that it has acquired to localise with a release date of 2021. The games are confirmed to be released on the Nintendo Switch The tweet doesn’t have too much information, promising more information will be released soon, but let’s check out what we do know about the titles so far! BreadMasterLee has previously written an in-depth review for each game, please check it out if you would like further details on what to expect!

Apologies in advance if my little ‘summaries’ for each game aren’t the most succinct and/or accurate. I’m trying to pull together what I’ve seen from the game trailers and some brief press releases and put it into my own words.

Released on the Vita in 2019 and a Switch release in 2020, Variable Baricade caught my eye from its distinctive art style. The powerful Toujou Group can’t wait for 17 year old Hibari Toujou, to be married off. However, Hibari’s grandfather wants his grandchild to at least like the person she’ll be marrying and he comes up with an ingenious plan – she gets to live with four guys (handpicked by grandfather dearest) and each will do their best to win Hibari’s heart. But no one asked what HIbari wants, and she won’t fall in love without  a fight! Perhaps my only irk about this game will be playing as a 17 year old being romanced by some, I’m assuming, much older guys. But otherwise, Hibari seems like she’ll be such a fun and assertive heroine to play as. 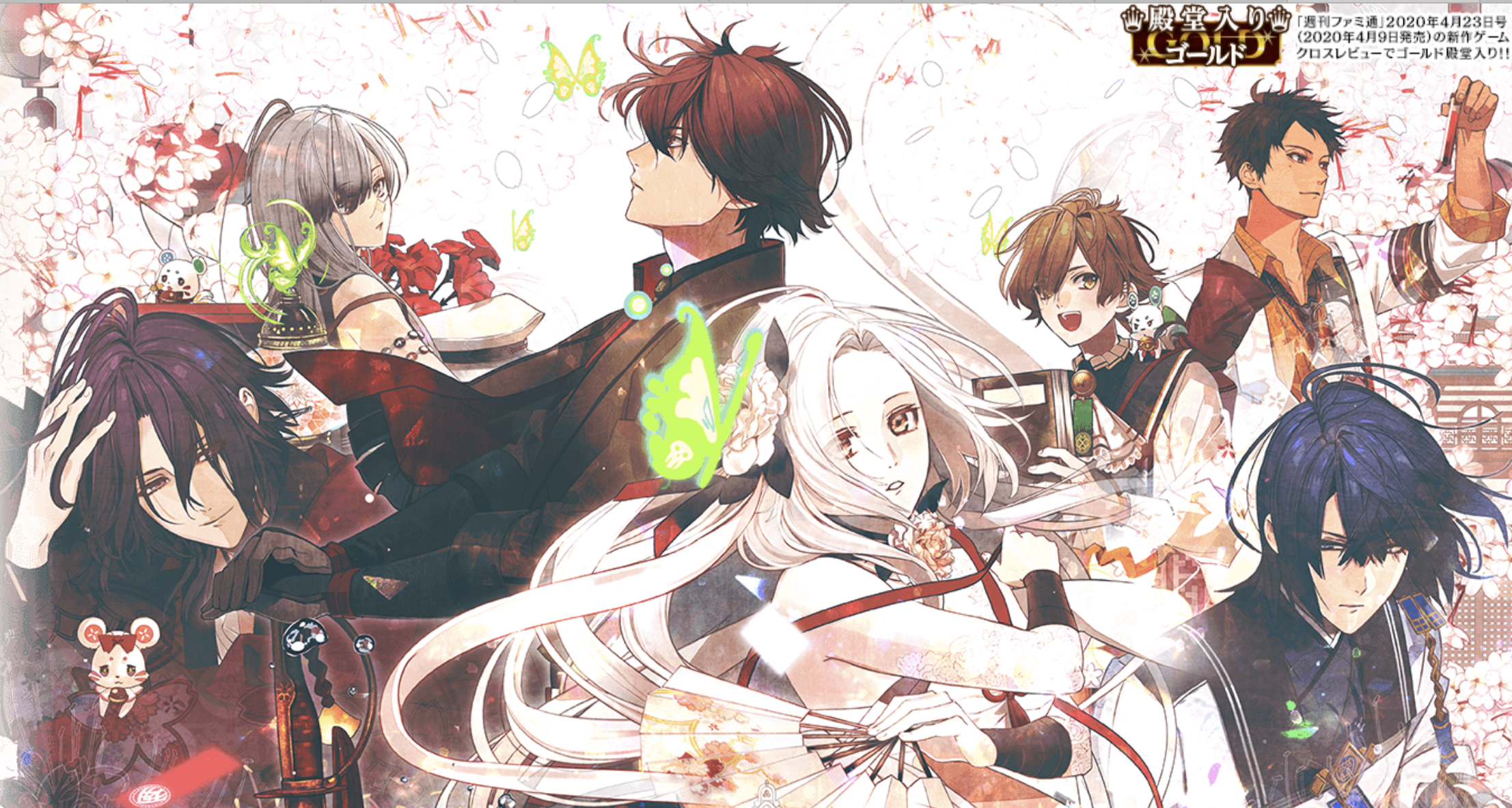 18 year old Olympia tries to navigate her society’s strict class system while also trying to find love and complete a ritual. I’ve seen a few websites (such as NintendoSoup) which I guess received a press release on these announcements use the phrase  “bring light to a darkened world” for this title, which just has me a scratching my head on what it could all be about. Just like Variable Barricade, Olympia Soiree released on the Switch earlier this year in Japan.  I’m a little unsure about this one, the story hasn’t particularly grabbed me nor the art, I suppose I’ll just have to wait until more information is available. 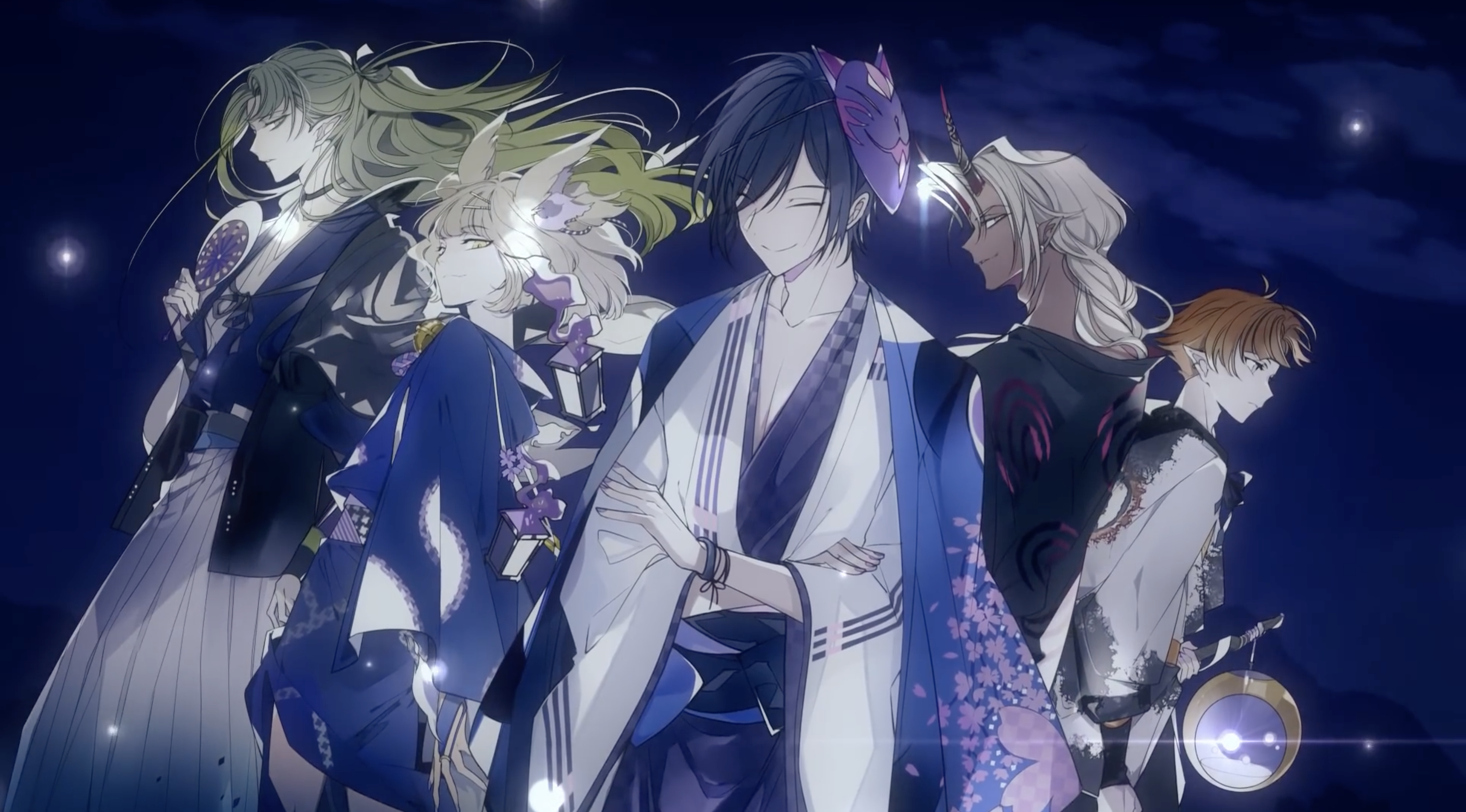 Shino has been able to see spirits and demons all her life, and now her unique ability lands her a job at a secret government division that oversees yokai affairs. I’m guessing in this title, she’ll begin to learn more about the world of yokai and fall in love. Out of the three, the premise of this has me the most interested – an older MC and some supernatural hijinks? Sign me up!

While I am very excited about these games, I think it would be remiss to not mention some recent issues with Aksys Games. Earlier this year, with the release of Collar x Malice Unlimited fans noticed a number of QA errors. These errors culminated in fans created an excel spreadsheet they sent to Aksys which contained over 640 errors from awkward phrasing to wrong clues being given in puzzles and text not in the text box (among other errors).  I do believe that Aksys has now released a patch fixing these issues, and some fans theorised that Aksys had outsourced the QA to a different company and thus so many errors had been overlooked. However, I did find some very interesting and in-depth blog posts discussing  a history of translation quality issues in Aksys games generally (under section 5 of the post but overall this ist a fantastic blog post on otome localisation) and specifically in the otome game Norn9  With the release and announcements of so many otome games it does make me wonder if the company is focused on pushing them out as quickly as possible rather than ensuring they are up to the highest standard of quality.

I really do have high hopes for these games, each one has such an interesting premise and that art! But with the previous QA issues in mind, I can’t say that I’m rushing the pre-order these games. I really do hope Aksys Games impresses us all with a really flawless and polished localisation for each of these titles. But I guess we’ll just have to wait till next year to see…

Let me know in the comments which game you’re most looking forward to!