Goddamnit. I really though they had it in the bag. Ok, I’m getting ahead of myself, let’s start from the beginning. Hinamizawa village comes together to protest in front of the CWS, it seems everyone is town has turned up in support of Satoko. But, unfortunately the law is again not on their side as Detective Oishi pressures them to disperse. Just as Keiichi seems to bend, the Sonozaki family comes through. With a little bit of political pressure the CWS relents and Satoko is removed from her uncle’s care. The group celebrate by attending the Watangashi festival and the village welcomes Satoko back into the fold. But the good times are short-lived as the festive night doesn’t end without bloodshed. Only after putting this picture in the article, I realised that Shion’s hand looks very awkward under her skirt.

I know we’re only halfway through the series and a good ending probably wasn’t in the cards, but seriously!? Right up to the last moments of this week’s episode I totally fell for it. Not only had Keiichi managed to rally the village, he convinced the most stubborn of its leaders (the Sonozaki head) to lend her aid. The CWS finally FINALLY listened and removed Satoko and Teppei was in jail. And what’s more is that Satoko asked for help – she learnt that bearing her pain by herself wasn’t the right path and trusted in the others to help her by crying out. This ‘pathway’ even had Rika’s seal of approval –  the village had worked together and the answer was sought through diplomacy, not violence. All of this culminates in possibly the most heartwarming scene I’ve seen so far in the show – Satoko asking if Keiichi can be her big brother – the person she trusts most in the world. And within seconds, it’s all taken away. I think that’s where Higurashi‘s true horror comes from. Everything is seemingly normal one moment and in another it’s all taken away – people and situations change within moments, and everyday happiness is so fragile.

Ok all that venting out, let’s look at a few points of interest from this episode. Firstly, Detective Oishi. In all my reviews I’ve been giving him a real hard time, but after this week’s episode I just can’t work him out. One moment he seems to be lenient on the village, doing his best to support them within the confines of the law and yet a few episodes prior he was hurting Keiichi trying to get info out of him. It’s also him and Teppei that are  Oyashiro-sama’s curse targets this arc. I believe if given the chance Teppei would have escaped and harmed Keiichi but the redness of his eyes hints to me that he may have been under some supernatural influence rather than it just being a stylistic choice. It’s no surprise that Teppei would be targeted by the curse, but I question why the Detective was – could he have been the one to knock over the shrine at the beginning of the last episode? Or is Oyashiro-sama punishing him for aiding the village? Whatever the reason, Detective Oishi is certainly a dangerous enigma in the village and one that I’m sure will play an important role in each arc. My second comment is about Rena. I’ve seen in a few forums people have been wondering if Rena also has some kind of memory regarding the various time loops and I think this week’s episode confirmed it. At one point Rena seems to remember a past event and says something akin to “Don’t ask me how I know, I just do.” We already know that Keiichi has some memory of past loop events, which appear to him in dreams. I wonder how many more of the group will slowly remember past loops, or maybe some already have a clear memory but are keeping it secret like Rika. It’ll be interesting to see how these memories aid or impede future pathways. A final comment is more a silly one – how has Keiichi not died in one of these arcs yet!? First arc he’s stabbed twenty times and left to bleed out, this arc he’s smashed over the head with a baseball bat – and yet both times he wakes up in the hospital with seemingly no long term damage. This kid is borderline invincible!

What a gut wrenching episode this was. It’s a shocking, albeit necessary reminder of how cruel the fate is that circles Hinamizawa village. While it may seem that whether the pathway proceeds with violence or peace, the loop is impossible to break out of, there’s certainly a lot more gained by a peaceful route. In this arc we learnt more about the history of Hinamizawa, the internal politics of the village and proof that the village can band together. While that knowledge may be lost as Keiichi ‘resets’, I’m sure there’s a few important lessons that Rika won’t forget as we hurtle into the next arc.

Missed my episode 12 review? Check it out here! 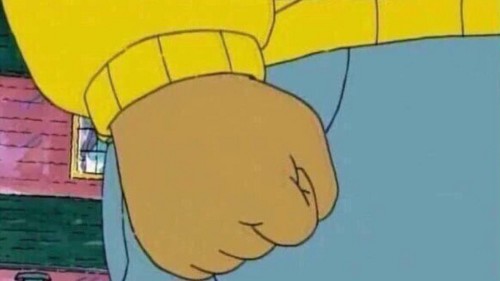 3 thoughts on “ Higurashi When They Cry – Gou Episode 13 Review”