I suppose like most people when I started this blog, I wanted it as a place to air my feelings. And over the last two – three years, I’ve kinda stopped sharing some of my personal life in lieu of publishing articles. And I think that taking the personal aspect of my blog has, especially recently, made it difficult not only for me to write but also I guess for people to connect to me and my blog. At times I feel a bit like a faceless website just writing things, and it’s made all the more difficult in that I, for whatever reason, get very anxious about social media. I get very very nervous posting on Twitter, Instagram etc. (although I’ve made more of an effort these last few weeks) and I don’t even have a personal Facebook account.

Even on Discord I just lurk, and it takes a lot of hyping myself up to actually write a short message. I know I sometimes spend 15 minutes look at a Tweet I want to respond to, write out a reply, delete it, re-write, delete and then I just log out frustrated at myself. Anyway, tangent over, I was hoping that maybe by doing these quarterly personal check ins, it could bring a bit more of a personal side to my blog that I completely fail to give elsewhere and also be a way for me to record / vent what’s going on in my life.

I talked about it in a few previous posts but late last year I had some health issues. In the end I was diagnosed with PCOS and Endometriosis, and I was recommended by my doctor to have a special IUD inserted to help alleviate the symptoms of these issues. Unfortunately, the IUD completely backfired on me. I had it inserted in mid January and for about 5 weeks after I was bleeding and cramping non-stop. I then had about 2 weeks break, and then another 3 weeks of bleeding and cramping. I’ve also had the worst bloating I’ve had in my life, I literally look about 5 months pregnant. My doctors has said to stick with it for another 6 months as hopefully my body with adjust to it, but it’s really bloody hard (literally).

At the time that this post goes live it will be the night before my last day at my current job. I currently work within University Administration and have done so on and off for about 2 years. Over the last two years I’ve had a very mixed experience in my role. On the one hand, I’ve really struggled with getting nasty emails almost daily and yelled at on the phone by academics, other professional staff and students alike. I don’t know if it’s just the culture of the university I work at, Australian universities or its a university issue in general but wow, professional staff (i.e. non-academics) are treated like shit. I’ve literally seen the most atrocious emails sent to either myself or colleague.

But on the other hand, I’ve met so many lovely and wonderful people in my team who treat me more like family than a work colleague. And even if the students often got under my skin, it was really heart warming to see myself really making a difference in their lives. I’ve had students send me really heartfelt thank you emails and even a few who ask to meet up so they can buy me a coffee as thanks! It’s scary to move on, and even scarier to move on with nothing really as a safety net, but I’ll just have to hope that I find something new. And not just something new, but something that fits in with the kind of life / work I want. 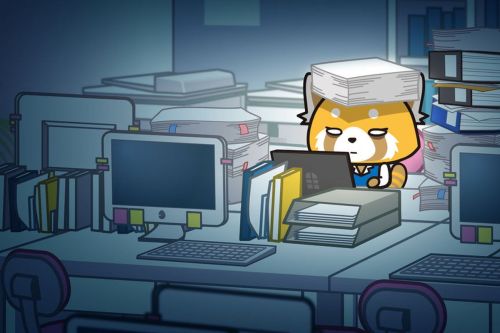 As I leave my work it also means that I no longer have to see my ex-partner, who works in the same department I do. Every time I want to write about the relationship on this blog, I end up writing thousands of words going into detail about how worthless he made me feel and how I felt really exploited. But then I kind of realise what’s the point of giving him space on my blog? My blog is so precious to me, and it’s been with me for almost six years (with many a hiatus). And I feel like this is the one space I don’t want to have any mention or mark of him. So, long angry and painful rant deleted – this guy really hurt me, and it’ll be great to finally have him out of my life. I just want to finish by saying that seeing him at work did not factor into me leaving, if I loved my job I would have stayed regardless of him. And I’m going to make an active attempt to try and put him out of my mind. Even if I’m still hurt, angry and I’ll admit, bitter, he’s not worth thinking about as I move towards a brighter future.

What I’ve Been Watching / Reading

All the blah personal stuff out of the way I thought I might also share what I’ve been reading /watching the last few months. Of course, the current Winter anime season is coming to an end and I’ve been quite surprised on how many shows I’ve been following week-to-week. As you know I’ve been reviewing Higurashi Gou weekly but I’ve also been watching:

Wonder Egg Priority – LOVE IT! Still have the last two episodes to watch.

Kemono Jihen – I ended up dropping this show at episode 7. I just really never connected with any of the character  / story, and after episode 3 I found myself stopping episodes midway through and finishing them days later because I was barely invested.

Jujutsu Kaisen – Nanami is literally my favourite character, going to start reading the manga cause the wait is too long for the next season (not sure if one has been announced but I can’t imagine it wouldn’t be)

The Promised Neverland Season 2 – What a bloody disappointment

I recently also subscribed to the Viz Media Shonen Jump app and wow I’m so impressed by it. Unfortunately, I don’t think I will go back to reviewing manga / writing about manga on this blog. The whole stolen content fiasco last year has really turned me off it as my manga posts had been specifically targetted. But I suppose if I keep these up it’s a great way to share what I’ve been reading.

So, with that in mind, I finished The Promised Neverland manga which was really incredible. Reading through it, really emphasised what a mess the anime was, and I’m so disappointed that they’ve rushed and frankenstein’d the story. I’ve also gotten into Mashle and Sakamoto Days. I would be very surprised if Mashle doesn’t get an anime adaptation announcement before the end of the year. I did read about 30 chapters of UNDEAD UNLUCK but I felt the story got really convoluted and dropped it. I also read through Claymore, I’m on the last 50 chapter and just can’t push myself to finish it! Maybe now my job is over I can finally sit down and get reading.

I haven’t really had much time for new hobbies. I don’t know if this is normal, but after I come home from work each day I have a horrible headache, and it just stays even after I sleep at night. So my entire week is just a headache which compounds with each passing day until I get to the weekend and it’s a migraine. Is that what working full time is? Or is there something wrong with me?

Anyway, I’ve been trying to find hobbies outside of looking at a computer screen. I recently started gardening. Woolworths, a supermarket chain in Australia, was giving out these little planters so I’ve been collecting those and also just working on growing some sunflowers. I’ve also been trying to get into mindfulness. Ever since I was a teenager, I’ve had this horrible tendency to ruminate over the past and it often feels like picking at a scab until the wound bleeds again. YSo I’ve downloaded an app called Smiling Mind and I try to do two guided mindful meditations a day (about 10 minutes). If anyone is thinking of getting into it, I highly recommend the app, it’s completely free and very beginner friendly.

So that’s pretty much all that has been happening in my life over the last three months. I hope everyone has had a much better start to the year. For anyone who has read parts or all of this, thank you. In my real life I keep things bottled up and a lot of what I’ve written under the ‘personal’ section I’ve never talked about with my friends or family. So it’s been really nice venting and having a space to share my experiences. I will, if I don’t suddenly re-read this and feel mortified, be back with another check-in at the end of June. Hope everyone stays safe and well!